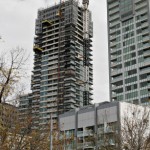 PUNE: The Pimpri-Chinchwad municipal corporation has granted an additional floor space index (FSI) of 2.5 to the land reserved for the PMPML in the township. This FSI can be used either by the municipal corporation or a private developer for extra construction.
To allow additional FSI, the municipal corporation will have to bring changes in its development control (DC) rules. As per the provisions of the Maharashtra Regional Town Planning Act, the municipal corporation has invited suggestions and objections from citizens for making changes in the DC rules. Citizens can send in their suggestions to the deputy director of town planning, PCMC, within next thirty days, a public notice issued by the PCMC has stated. The PCMC general body had in September approved a proposal to invite suggestions and objections from citizens regarding the proposal.
The PCMC proposal states: “while developing the site reserved for bus stand, bus terminus, depot for PMPML on a public-private partnership basis or by the PMPML or by the PCMC itself, the maximum allowable FSI shall be 2.5. The bus-stand, terminus, depot may be allowed to be developed on a public-private partnership basis. The ground floor shall be used for bus-stand, terminus while the immediate upper three to four floors shall be developed for parking and the commercial use shall be allowed on the above floors”.
Significantly, the proposal states that if the land is located in the BRTS zone, the premium and other rules which are especially applicable for BRT zone shall not be applicable to the bus-stand, terminus and depot reserved for the PMPML. The municipal corporation has proposed to levy premium for allowing additional FSI on private lands in BRTS zones.
Earlier, the PMPML had requested the Pune and Pimpri Chinchwad municipal corporations to allow additional FSI on its sites so that it serves as a source of extra income for the beleaguered transport company. “The PMPML has stated that the sites for bus depots and terminals are at prime locations. This benefit can be exploited for commercial gains which would help the PMPML overcome its losses and make it financially independent,” the resolution approved by the PCMC has stated. The sites will be developed on a build-operate-transfer basis. A similar proposal is likely to be mooted by the Pune Municipal Corporation.
The proposed parking facility will help people park their vehicles and travel by PMPML buses.

PCMC Will Decide On 234 Acres On Saturday