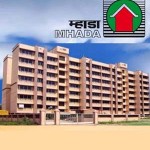 NAGPUR: The state government will decide in a month’s time the issue of granting 2.5 floor space index (FSI) for Mhada colonies under redevelopment in Pune and Pimpri-Chinchwad Municipal Corporation (PMC and PCMC) areas, minister of state for urban development Bhaskar Jadhav assured the state assembly on Tuesday.
A favourable decision would mean creation of additional housing facilities by Mhada in Pune and Pimpri-Chinchwad. The issue has been in discussion for quite some time now.
Jadhav was replying to a motion moved by MLA Bapu Pathare and others. Pathare pointed out that most cities in the state other than Pune and Pimpri-Chinchwad already have 2.5 FSI for the Mhada colonies. Pathare was joined by MLAs Girish Bapat, Madhuri Misal, Vinayak Nimhan, Ramesh Bagwe, Bala Bhegde and others in the 30-odd minute debate over the issue.
They pointed out that the then chief minister Ashok Chavan had promised a decision on 2.5 FSI for Mhada colonies under redevelopment in Pune and Pimpri-Chinchwad. However, things have not progressed much.
Responding to this, Jadhav said that the legal process like inviting suggestions and objections etc, towards granting 2.5 FSI to Mhada colonies has already been over and a report is pending clearance before the state government. He conceded that the decision got delayed due to political developments, in between. “We will settle the issue in a month’s time,” he assured.
The members also demanded, among other things, a relaxation in the minimum 35-year construction norm for redevelopment of Mhada colonies, which, if granted, will benefit older colonies in areas such as Yerawada, Lokmanya Nagar and Wadgaon Sheri.
They further sought additional FSI benefits for police colonies, other government colonies as well as residential settlements for the flood-affected people.
To this, Jadhav said that extending the benefit to these colonies would involve an exercise like structural audit of buildings etc. “The government will take steps in this direction,” he said.

PCMC Will Decide On 234 Acres On Saturday