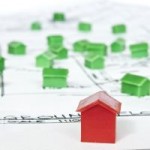 PUNE: As many as 42,000 new properties have come up in the Pimpri-Chinchwad township in the past three years.
Shahaji Pawar, assistant commissioner and chief of property tax department said, “Every year the property tax department conducts a survey of all the properties, and assessment of new properties is done. Around nine to 10 per cent new properties are added to the existing ones every year, fetching an average additional property tax of Rs 10 crore.”
A civic official said that the total number of properties in the Pimpri-Chinchwad Municipal Corporation (PCMC) limits by the end of March 2008 was 2.54 lakh. The property tax department identified 17,000 new properties each in 2008-09 and in 2009-10. Around 8,000 new properties have been identified in 2010-11 till date.
The official added that the PCMC will paint numbers on new properties identified in 2008-09, 2009-10 and 2010-11. This work is allotted to the students of the PCMC-run Industrial Training Centre (ITC) located at Morwadi in Pimpri.
Pawar said, “The students of ITC, Morwadi will paint numbers on new properties under the learn and earn scheme.”
A proposal will come up for approval before the standing committee on January 4 for spending Rs 2.14 lakh for painting numbers on 42,000 new properties and also some old ones where the number painted on them has faded. The contract will be directly awarded to the ITC, Morwadi.
The property tax department will pay Rs 4.5 per property for repainting the numbers on old properties and Rs 5 per property for painting number on newly assessed properties. The standing committee will also consider three proposals for laying storm water drains in various parts of the PCMC limits at a cost of Rs 5.87 crore. The first proposal is for Wakad, where Rs 67.52 lakh will be spent followed by storm water drains at Sangvi at the cost of Rs 3.52 crore and for Rahatni at a cost of Rs 1.67 crore.
Dilip Kudale, co-ordinator, engineering department said, “The PCMC has received approval from the union government to lay storm water drain network in the municipal limits at an expenditure of Rs 116 crore. The work is in progress in some parts.”