Affordable housing is a term we use for residential units in India’s urban areas which are affordably priced with respect to households that fall within a specific limited income range. There is no single set of parameters to define what an affordable housing unit should cost in India. This is because the pricing and feasibility to developers of affordable housing is a function of the city, location within the city, type of project being built and also the construction technology employed. 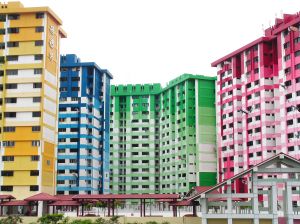 In India, it is appropriate to judge the affordability of a home on three broad parameters – the monthly income of prospective buyers from the target segment, the size of the home and, of course, its price. There is another element that should be mentioned, namely the target clientele itself. We tend to look at the word ‘affordable’ solely in terms of the LIG (lower income group) segment. For this segment, affordable housing would mean 200-300 square foot dwellings priced at between 7-12 lakh.
But what about people who earn more than the average factory labourer but still cannot afford to buy a decent 1 BHK flat of 300-450 square feet within ten to fifteen kilometers of their workplaces? They too need affordable housing – housing appropriately priced for the middle class. The home buyers in this segment can afford to buy flats in the price range of Rs. 30-35 lakh via home loans.
Obviously, they expect a certain standard of living, comforts and facilities for this expense. However, but even such flats are hard to come by in our larger cities. This is the case even in Pune.
Today, around 30% of India’s population lives and works in urban areas. This means that they occupy less than 2% of the land available in the country. If we zoom in on Maharashtra, it emerges that close to 60% of the overall population lives in urban locations. Distressingly, a closer look at a city like Mumbai reveals that over 50% of its citizens live in slums. Mumbai’s slums occupy less than 4% of the land available in the city. Obviously, the affordable housing quotient has gone badly wrong in Pune’s prosperous neighbouring city. However, the problem is larger than just one city, which continues to get negative press only because of its exorbitantly high property rates and enormous annual inward migration.
Despite everything being said on the matter, the shortage of affordable housing in India is getting worse instead of better. The country’s urban population of 285 million has multiplied itself by five over the last half century. It is projected that it will continue to increase at this fast pace, and that 50% of all Indians will be living in urban areas by the end of the next three decades. So, if the shortage for housing for the lower income segment stands at 25 million today and there is no increase in the pace of supply of affordable housing launches, what will this figure look like in 30 years?
Let us look at the situation from a real estate market point of view. There is, in fact, a gigantic market for affordable housing in India. Currently, it is valued at anything between Rs. 5-10 trillion. What is really being done to address this huge market – especially the one constituted by the ever-growing middle class? There are next to no Government incentives for projects with flats in the Rs. 30-35 lakh bracket.
While the only answers to this question in Mumbai seem to lie in small projects on the far outskirts of the city, Pune presents a far more encouraging picture. Developers of township properties in Pune have now begun addressing this market with an internationally inspired property development model called integrated townships. This model is based on maximum value for money to buyers, based on high-grade common infrastructure and shared facilities in more cost-effective, yet progressive areas like the Pimpri Chinchwad Municipal Corporation.
With fully integrated township projects like Woodsville and Celestial City, we at Pharande Spaces have been successful in delivering affordable housing for the mid-income segment of home buyers in Pune and the PCMC area.  There are various reasons for this success.
For one, land for these integrated townships was acquired early on in upcoming locations such as Ravet and Moshi. This meant that the price of the finished products could be kept within the means of Pune property buyers. Secondly, townships like Woodsville and Celestial City are conceived and constructed on a model that allows luxurious facilities and amenities on an economy of scale. In other words, it is possible to provide luxurious features for all units in these projects on the basis of a large-scale master plan.

Anil Pharande is Vice President – CREDAI (Pune Metro) and Chairman of Pharande Spaces, a leading construction and development firm that develops township properties in the PCMC area of Pune, India.

A Call For Action For The Pimpri Chinchwad Municipal Corporation

Pune Real Estate – For The Lack Of A Road…