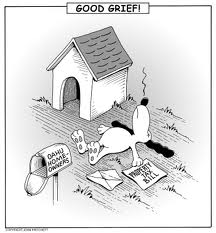 PUNE: Tax reforms planned by the civic administration for 2011-12 is likely to burden the citizens.The civic administration has proposed an increase in the property tax revenue by withdrawing the 40 per cent concession given to owner-occupied residential properties. There are 5,46,122 residential properties under the Pune Municipal Corporation’s purview.
In another proposal, a hike in octroi for essential commodities, including food grain and fuel, has been suggested.
In separate proposals on property tax and octroi hike which will be tabled next week to the standing committee, municipal commissioner Mahesh Zagade has said, “The PMC limits have expanded in the last few years and the population is on the rise. The PMC needs funds for development and improving the basic infrastructure like water supply, roads, sewage etc. Under the memorandum of understanding with the central government, the PMC has promised to carry out reforms and elimination of exemptions to citizens. If the exemptions in tax continue, the PMC may not get funds from the central government under Jawaharlal Nehru National Urban Renewal Mission.”
A similar proposal on a hike in civic taxes and imposition of austerity measures to tackle the weakening financial condition of the civic body is pending with elected members.
The civic chief has admitted that the annual civic budget of Rs 3,196.12 crore for 2010-2011 is in deficit and has suggested that the civic body opt for clause 104 of the Bombay Provincial Municipal Corporation (BPMC) Act.
This clause enables the municipal body to cut the expenses approved for the financial year, increase civic taxes or implement supplementary taxes.
The PMC had imposed an 11 per cent service tax hike last year, which was implemented from April 1, 2010. Also a steep hike on property tax for the IT sector is already in place since last year.
“But this is not sufficient. As per the JNNURM norms the PMC has to charge citizens for using basic services. As of now the PMC is charging little for these services. The property tax, octroi, development charges, service tax and water charges collected are insufficient. The civic administration will propose more tax reforms and it is up to political parties to decide,” said a top civic official.
He added that the central government has given strict instructions that user charges should be collected by the municipal corporations and if they failed to do so the flow of funds from central government will go dry.
Union finance minister Pranab Mukherjee, speaking at a function organised recently to mark the fifth anniversary of the launch of Jawaharlal Nehru National Urban Renewal Mission (JNNURM), had asked urban local bodies seeking central funds under the JNNURM “to bring about a change in the mindset of those who are running the institutions of urban governance and the users of urban services”.
He had said that there has to be an understanding that the goverment is not a source of endless funds. “We have to be ready to pay for the services we wish to avail for ourselves,” the minister said.
There has to be an appreciation that expenditure has to be prioritised and paced, as there can never be enough resources to meet all aspirations and an understanding that the amounts invested into urban infrastructure services are to improve our own and our children’s health, he added.
The minister said that true proof of change in the mindset will come when citizens willingly pay for services, and treat public assets as their own. It will also be visible when local governments are able to implement decisions based on a vision for sustained improvement in the quality of life and the need to support and sustain growth in economic activity, rather than on narrow short-terms gains.
However, in Pune, political parties will approach any tax hike with caution since it is an election year. Ruling party leaders have neither been open about support or opposition to the proposed tax reform moves.
Leader of the house Nilesh Nikam said that the ruling party will decide on the proposal only after detailed discussions while Congress leaders have remained silent.
Opposition parties are readying for agitation against any hike. BJP leader Mukta Tilak said that the PMC has completely failed to provide any basic service and in the given conditions the ruling party and the administration have not right to impose any tax hike.
Move To Rake In Revenue
The PMC is short of funds and has mulled a hike in development charges. According to the PMC, the construction industry has witnessed a boom in the last few years. But the development charges the builders pay the PMC have remained static. The rates are as per the Maharashtra Regional and Town Planning Act, 1966. The PMC has to seek the state government’s permission to hike these rates. In 1997-98, the civic body has submitted such a proposal which is pending. The PMC wants to hike development charges in the range of Rs 200 to Rs 250 per sq ft.
Water charges
Based on the condition that the cost of services and its recovery should be equal under the Jawaharlal Nehru National Urban Renewal Mission (JNNURM), the Union government has set the 24-hour water supply norm and also installing meters for all consumers in Pune. In his fresh proposal before the standing committee municipal commissioner Mahesh Zagade has said that water meters should be made compulsory as per the JNNURM reforms. The proposal states that 150 litres of water will be provided per head and a five-member family will be considered as a unit. If a family uses 150 litres water per head (750 litres in total) no extra charges will be imposed and the existing water rates will be charged.For every additional 1,000 litres, Rs 33 will be charged.