There are many residential projects coming up in Pune and Pimpri-Chinchwad. While there are ready units available, many buyers are wondering whether to invest in one of the projects still under construction. These buyers and investors are aware of the fact that flats in a project that is still under construction are invariably cheaper than flats in a completed project.
There are two potential advantages to buying a flat in an under-construction project in a fast-growing area like Pimpri-Chinchwad. The first, as already stated, is that an under-construction property will invariably come cheaper than a ready-for-possession property. Because many home buyers in Pune and the PCMC area are in a hurry to move into a purchased home, they wind up paying the premium rates that completed residential projects command. 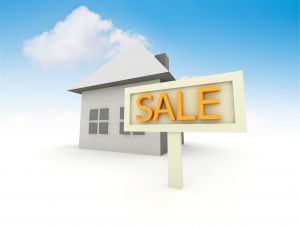 The second reason is related to the investment value of under-construction projects. The fact is that the value of a well-located project by a reputed developer appreciates even if the project is not completed. There is a common misconception that property values do not rise while a project is still under development. In fact, it has been observed in a number of cases that property prices in well-located projects by established developers do appreciate as the projects near the completion phase.
The appreciation potential of an under-construction project is linked directly to the location and the reputation of the developer. If both aspects are favourable, property rates will rise in accordance with the stage in the project’s life-cycle. In other words, it can make a lot of sense for investors and buyers who are not in immediate need of an owned home to invest in an under-construction property by a credible and reputed developer.
The way to judge a developer’s standing on the local real estate market is to investigate his previous record for completing projects. Another way is to have a look at how fast flats in a developer’s projects tend to sell while they are still under construction. In today’s scenario, flats in a complete and reasonably well-constructed project tend to sell regardless of who the developer is. However, the fact that units in a certain developer’s project are selling even before it is completed can tell you a lot about his market standing.
Woodsville, the integrated residential project by Pharande Spaces coming up at Pimpri-Chinchwad, is a prime example of this. This township project with distinguished buildings that feature 1, 2, 2.5 and 3 BHK flats is currently being developed in phases in Pune’s burgeoning sister city. Woodsville has the unique distinction of being the pioneering township project in Pune’s fast-developing area of Moshi, where investor potential is now driven by the upcoming International Convention Centre.
The confidence that the Pune real estate market has displayed in Pharande Spaces, a respected name among developers of green homes, is amply displayed by the sales statistics. Currently, there are only 35 out of the 517 flats left for sale in Phase I at Woodsville, while Phase II is also selling out fast with only 29 out of the total of 141 left for sale. This is a combined function of brand and location value, since Moshi has now been earmarked as one of the hottest Pune real estate investment areas.
Similarly, units in the vicinity of Magarpatta City by reputed developers such as Marvel Realtors are selling fast primarily because of the trust that the market places in such a renowned brand, as well as the value of the location of these projects.
While it is certainly tempting to buy a ready flat for sale in a completed project, one should look at the advantages of investing in an under-construction project. As long as one if dealing with an established brand, there is nothing to lose and everything to gain.
Posted by: K. D. Nagarkar