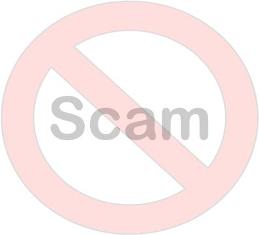 PUNE: The court of special judge J D Kulkarni on Wednesday rejected the discharge plea of former Pune Municipal Corporation (PMC) deputy municipal commissioner Shirish Yadav in the Transfer of Development Rights (TDR) scam.
The State Anti-Corruption Bureau (ACB), Pune, had filed supplementary chargesheet against Yadav and six others under relevant sections of the Indian Penal Code and Prevention of Corruption Act in 2009.
The TDR scam came to light after the PMC assistant engineer Bharat Digambar Mohite registered a complaint against several suspects with the Deccan Gymkhana police station on October 10, 2003.
Yadav filed the discharge plea on the ground that there was no evidence against him in the scam. Lawyer Sureshchandra Bhosale pleaded to discharge Yadav from the scam as he had not played any active role and that he was chargesheeted due to political rivalry.
According to Bhosale, the sanction obtained to prosecute Yadav was illegal as it was not in accordance with the provisions of the BPMC Act.
Additional public prosecutor Pratap Jadhav opposed the plea on the ground that there was prima facie evidence against Yadav for framing charges in the scam.
Judge Kulkarni upheld the prosecutions plea and rejected the discharge plea and directed all the suspects to remain present for framing charges on the next date of hearing.
Yadav was chargesheeted along with special land acquisition officer Shivaji Ramkrishna Kumavat, Sushant alias Bhima Shankar Dharma Kashid, TDR agents Chandrashekhar Vilas Shinde and Satish Vitthal Girme and notaries Achyut Damodar Gospurkar and Yuvraj Nivrutti Londhe.
The complaint had stated that the PMC had acquired 36,000 sq.m of land for constructing a garden at S. Nos 143/1, 143/2, 144/1/2 and 144/3 at Kothrud and had compensated the owners Prabhakar Krishnaji Bhide, Haridas Gangaji Parekh and others.
The complaint said that the suspects had duped PMC by acquiring TDR on the basis of forged documents and power of attorney prepared in the name of the land owners. The TDR was sold to influential persons.
The chargesheet said Yadav had made false entries in the PMC records while Kumavat had deliberately misplaced two property documents and TDR agent Shinde was present in the conspiracy meeting held at Nakshatra hotel in Kothrud.
The chargesheet stated that Shinde, related to kingpin Subhash alias Kaka Kulkarni, had accepted money on behalf of Balaji Hire and TDR agent Satish Girme. The chargesheet further stated that hotel manager Kashid knew the other suspects and he had a deposit of Rs 1.75 crore in a co-operative bank and another Rs 60 lakh in a nationalised bank at the time. The ACB says all TDR dealings were done through these bank accounts.
The ACB had taken action against the notaries Gospurkar and Londhe for certifying documents without verifying the original documents.
The Deccan Gymkhana police had filed the first chargesheet against Subhash Kulkarni, Sanjay Kirad, Balaji Hire and Kishore Gore in the scam on January 18, 2006.