– Anil Pharande, Chairman – Pharande Spaces
All property investors are familiar with the phrase ‘market drivers’, which has become one of the most utilized terms in real estate investment. What exactly are market drivers? They can be explained as advancements within a region which boost the overall worth of the location, and the desirability associated with residing there. It is a well-established fact that the infrastructure of an area is a key criterion for home buyers, and therefore property investors.
Infrastructure has numerous types. For instance, roads are considered key infrastructure, as they enhance the connectivity of the area. There is also civic infrastructure, which involves the availability of public services in the region. In India, the primary aspects covered under civic infrastructure are reliable water and electricity supply, without which an area falls flat as a residential location and therefore as a real estate investment destination.

Then there is the factor of social infrastructure, which accounts for the liveability of the area. At the most basic level, civic infrastructure will include public transport and shopping outlets, but educational institutions and hospitals are also important. People expect to have colleges, schools and healthcare facilities close to where they live. Therefore, the level of saturation of social infrastructure will play a big role in the overall value of the location as a residential and investment destination.
The global standard for urbanization which is evident in most developed countries is that all or most of infrastructure required to make an area livable and desirable as a real estate destination are set up prior to or opening it up for large-scale real estate development. This is because efforts to put the necessary infrastructure in place retrospectively results in inconvenience to the existing population because of decreased public mobility during construction of such projects.
Retrospective construction of infrastructure projects also pollutes the environment during the actual construction process, and this is nothing but bad news in an area which is already inhabited.
Creating the infrastructure which is required to make a location liveable and also supportive to various economic functions can be compared to creating vast green cover in an area . In both instances, there is a primary requirement of adequate space. Another vital factor for successful infrastructure creation is time. In the case of trees, the root systems must be given adequate time to penetrate deep enough to provide anchorage as well as access to deep-lying groundwater. Similarly, infrastructure must be given enough time to be deployed, become functional and start servicing the area properly. Without space and time, both forestation and infrastructure creation become futile exercises.

If we take the cases of Pune and the adjoining Pimpri-Chinchwad Municipal Corporation (PCMC), we see a vast difference in successful infrastructure deployment. In Pune, the PMC has been unsuccessfully trying to provide retrospective infrastructure support to its massively congested and largely dysfunctional city areas.
Almost every new infrastructure project in Pune is hotly contested by local political parties and becomes road blocked by bureaucratic red tape. One of the reasons is that these projects affect already populated areas, which represent vote banks. The result is that most of these projects take ages to be built, and many are eventually shelved altogether.
The advantage that the PCMC has enjoyed is that it follows a proactive rather than reactive approach to infrastructure creation. In other words, massive Greenfield areas are taken up by the town planning authorities for infrastructure creation, and only then  opened up for further development by private builders. This has resulted in extremely viable, plug-and-play residential neighbourhoods and commercial districts which start delivering the goods from day one.
This proactive approach to infrastructure has earned PCMC the distinction of being one of India’s most sought-after destinations to live and work in. PCMC’s superior infrastructure has attracted the highest number of multinational companies and industries to the region, and this has also led to the highest rate of employment creation in PCMC. As a result, the Pimpri-Chinchwad Municipal Corporation has emerged as the most preferred city for home buyers who are looking to live close to where they work – and simultaneously enjoy a superior quality of life.
About The Author: 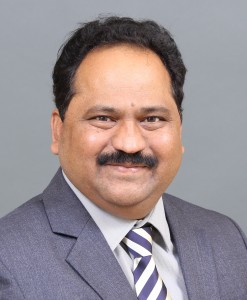 Anil Pharande is Chairman of Pharande Spaces, a leading construction and development firm that develops township properties in Western Pune. Pharande Promoters & Builders, the flagship company of Pharande Spaces and an ISO 9001-2000 certified company, is a pioneer in the PCMC area offering a diverse range of real estate products catering especially to the 42 sectors of Pradhikaran. The luxury township Puneville at Punavale in West Pune is among the company’s latest premium offerings. Woodsville in Moshi is another highly successful PCMC-based township by Pharande Spaces which is now in its 3rd phase.

The Challenges And Opportunities Of Urbanization In India