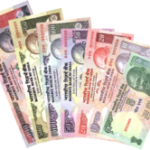 All political parties in the Pune Municipal Corporation (PMC) are opposed to the tax hike proposed by the municipal administration. Municipal commissioner, Mahesh Zagade put the proposal for a 36% hike in property tax and general taxes.
The proposal is pending before the standing committee, which will take a decision on Tuesday, January 4.
As the civic elections are ahead, political parties are not in a mood to approve the tax hike. Congress leader Aba Bagul said that in the previous year, the general body approved the tax hike, but the Congress will not allow a bigger burden on citizens this year.
Nationalist Congress Party (NCP) leader, Nilesh Nikam, who is also leader of the house, said his party will not allow the tax hike.
As both the ruling parties, the NCP and the Congress, are not in a mood to approve the administration’s proposal, it is cleat that there will be no tax hike. Bharatiya Janata Party (BJP) leader, Mukta Tilak, said the BJP also opposes the tax hike.

‘Pimpri-Chinchwad Will Be New Pune’