The Indian real estate sector has seen a tremendous transformation over the last decade. In earlier years, it was unorganized and real estate developers used to build whatever they wanted, with no planning, quality control and accountability. We can see the evidence of such unorganized development in our cities even today.

Moreover, real estate developers were not able to voice their concerns to the government if policy changes or other measures were required. With no cooperation and collaboration between builders, homebuyers suffered the most as they were offered inferior products in areas that did not have proper infrastructure.

The Beginning of Organization

The first major change in this sad situation came in the year 1999, which saw the formation of the Confederation of Real Estate Developers’ Associations of India (CREDAI). The mission of this formal association of real estate developers was – and remains – to advocate necessary policy changes, implement self-regulation among developers, and ensure that all member builders work in a cooperative and well-planned manner. 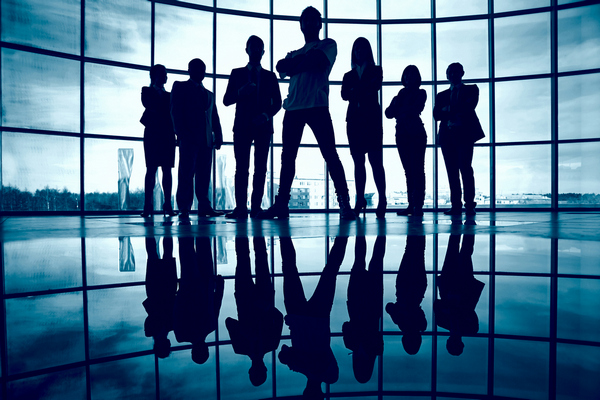 This self-governing body of builders from across the country has achieved a lot, especially in recent years. It has brought about a lot of positive changes in the industry which encouraged the government to introduce major policy reforms to further improve the industry’s overall transparency and efficiency.

The most important policy change was the Real Estate (Regulation and Development) Act, 2016 (RERA). This major reform was primarily made possible because of the active support of developers members of this association who had become organized and accountable to the government, each other – and most importantly, to their customers. Implementing RERA would have been impossible in previous years.

After RERA was announced, the Indian real estate industry has made tremendous progress and homebuyer confidence is now stronger than ever before. According to industry estimates, organised real estate demand in India was as high as 1.35 bn sq. ft. by 2020 end – and 85% of this demand was for housing.

Nevertheless, bodies like CREDAI are aware that they must remain constantly vigilant and take corrective steps if they are required. Let us try to understand how self-governance, collaboration and collective decision-making work in favour of the market.

Between 2010-2015, we began to see signs of bad demand-supply management in the Indian housing market. This largely happened because people who had some money but no experience in housing development began launching residential projects.

They included goldsmiths, diamond merchants and cash-rich NRIs from the Gulf who had never built anything before and had no membership in any real estate industry association. They were simply associated with the motto to make a quick buck. More than one million homes were launched in 7 largest cities between 2013 and 2014 – and 14% of these homes were in Pune. This was obviously far too much housing supply.

If there had been enough demand for this supply, India’s housing shortage would have reduced massively in those two years. Instead, there was a huge overload of homes – and many of these projects remained incomplete because the amateur ‘developers’ lacked expertise and ran out of money. It became clear that there was an urgent need for stricter regulations within the Indian housing sector.

When the Modi government took charge in 2014, this accredited real estate developers association took the initiative to help the new government correct the flaws in the system. The Modi government introduced RERA and made a ‘surgical strike’ on black money with DeMo in 2016.

Both these moves helped to remove unorganized builders who did not belong to any association and did whatever they wanted – with disastrous effects. CREDAI actively backed this new reform and went a step further. Its developer members collectively decided to begin curtailing housing supply so that the excess supply could decrease and the market could stabilize again.

The results of these combined efforts were impressive. By the end of 2017, for the first time, housing sales were more than new launches – according to property research firms, new housing supply in the top 7 cities had come down to 1.45 lakh units even as over 2.11 lakh homes were sold in the year. Homebuyers were encouraged by the new transparency and now knew that dealing with inexperienced, unscrupulous builders would only end in grief.

Today, India still has a lot of problems, including unsold housing supply. However, organized developers now have a plan of action which is emphasised at every meeting and conference of this association. Confidence must be restored, and this can only happen when developers and homebuyers work together as partners. Homebuyers are stakeholders in the Indian housing industry, and it is every organized developer’s responsibility to defend their rights.

At the same time, the government must be made aware of problems within the industry as soon as they emerge. Unlike in previous years, the government now listens attentively to organized builder associations and takes necessary corrective steps.

In this manner, both real estate developers and homebuyers can look forward to a better tomorrow where homes are affordable, worth the money that is paid for them, and provide a lifetime of safety and security to Indian families.

A Forum for Technology Adoption

Technology is another major change factor in Indian real estate today. Here too, builder associations create awareness about the latest real estate technologies which all members can use to build better, cheaper and stronger housing projects.

This kind of knowledge exchange would not be possible without the collaborative approach which CREDAI has adopted. In the coming years, we will see the latest construction technologies being used to build better homes in shorter periods, and every developer will have access to them.

It is important to remember that CREDAI is not just active in India’s largest cities, but across smaller cities and towns as well. In the current changes brought about by the coronavirus pandemic, these smaller cities have become very important. The work-from-home culture has resulted in more and more housing demand in these cities.

We must ensure that the progress being seen in the metropolitan cities also penetrates into every part of the country – for the betterment of the whole industry, and to benefit each and every homebuyer in India.

PMRDA - A Blueprint of The City of the Future

PMRDA - Ensuing Planned, Sustainable Growth In and Around Pune