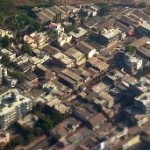 PUNE: The Pimpri Chinchwad Municipal Corporation (PCMC) has released a list of 11,534 people who are eligible for its ambitious housing scheme for people from economically weaker sections (EWS).
As many as 4,352 applicants were found to be ineligible in the scrutiny conducted by the slum eradication and rehabilitation department of the PCMC.
Aziz Karche, assistant commissioner said, “Citizens have been given 15 days to submit their suggestions and objections about this list. A hearing on these suggestions and objections will be held, after which the final list of eligible applicants will be prepared.”
In 2007, the Union government gave primary approval to the PCMC’s proposal to implement the EWS housing scheme under the Jawaharlal Nehru National Urban Renewal Mission (JNNURM), estimated to cost Rs 449.70 crore. The PCMC is constructing 13,250 tenements as part of the EWS housing scheme. It had promised to give the flat to the beneficiary at a cost of Rs 1.5 lakh but later had to increase the cost to Rs 3.76 lakh owing to cost escalation.
The first phase of the project is being implemented on a plot of 75 acres in sectors 17 and 19 given by the Pimpri-Chinchwad New Township Development Authority ( PCNTDA), where the PCMC is constructing 6,700 flats in the first phase.
Three years ago the PCMC had invited applications from the public for the scheme and received 17,044 applications.