– Anil Pharande, Chairman – Pharande Spaces
Pimpri Chinchwad Municipal Corporation (PCMC) is internationally known and acclaimed for its progressive and sustainable approach to real estate development. The model of urbanization that PCMC follows is known as ‘planned development’, which means that real estate is developed according to a Master Plan. Today, the real estate sector in PCMC is renowned for its New Age residential configurations such as integrated townships, which have become the most preferred option among home buyers.
While Pune also has a thriving real estate market, it cannot compare to what is happening in PCMC because the Pune Municipal Corporation (PMC) does not follow a planned approach to real estate development.
In fact, Pune is very likely to become a smaller version of Mumbai over the next decade. This is because infrastructure in both these cities is only addressed retropsectively, and not not proactively like in the PCMC. Because of the planned urbanization happening here, the Pimpri-Chinchwad Municipal Corporation is already being seen as the City of the Future.
PCMC By 2025 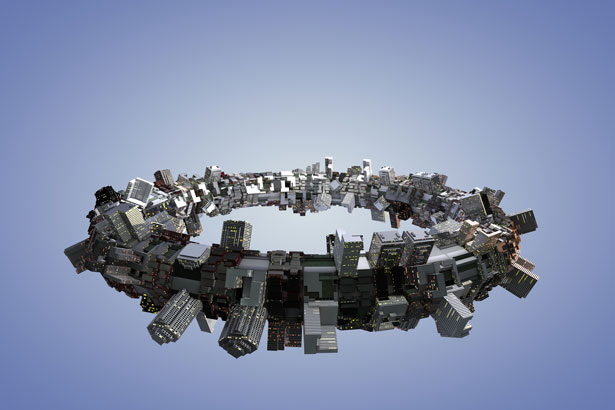 Over the next decade, PCMC will have reached its fullest potential. Obviously, it will look very different from what we see today. It will have grown into a harmonious montage of large industrial units, IT Parks, hotels, shopping and entertainment plazas, educational institutes and healthcare facilities – all against a backdrop of massive public parks and gardens, and crisscrossed with multi-lane roads and flyovers.
At least another 25,000 acres of land will have been added to the PCMC jurisdiction by2025, and this will eventually result in the addition of at least 2 million new homes. These homes will cater to every social stratum of property buyers, from the lower to the high-income segments.
HORIZONTAL AND VERTICAL EXPANSION – CREATING A SPECTACULAR SKYLINE
There will be tremendous – yet controlled – horizontal real estate growth in Pimpri Chinchwad over the next decade. Most spaces allocated for residential use will have been utilized for that purpose. But this will not result in an urban jungle, since the PCMC planning blueprint will enforce the maintenance of vast green spaces at all stages of development. 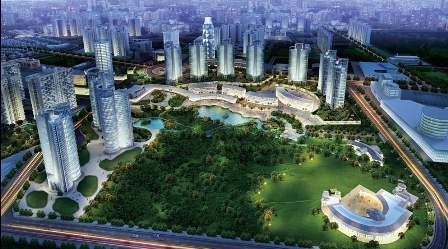 By 2025, almost all residential areas in PCMC will have become self-sufficient real estate developments. The PCNTDA (Pimpri Chinchwad New Town Development Authority) has charted a regulated, progressive and environment-friendly course for real estate development in PCMC, and I expect that integrated townships will have become the default configuration.
In fact, the addition of 25,000 acres will not suffice for this region’s real estate development over the next decade. This is because the PCMC will have to accommodate a massive demand for housing. The population growth in PCMC over the last 25 years has been almost ten-fold (from 200,000 to 2 million), and it will cross 50 lakhs (5 million) by 2035.
On the one hand, there will be a huge requirement for homes from the rapidly growing manufacturing sectors of Pimpri-Chinchwad and the Chakan-Talegaon belt. Chakan itself, though a burgeoning industrial hub, has little to offer by ways of residential facilities. Areas like Moshi, Ravet and Punavale, which are booming today, will have become fully developed and will cater to most of the housing demand.
There will also be massive spill-over demand from Pune City, which will have reached complete saturation point in the next 10-15 years. At the same time, one must also factor in the ever-increasing migrant population from all over the country, attracted as much by PCMC’s excellent education institutions as by the varied career opportunities. 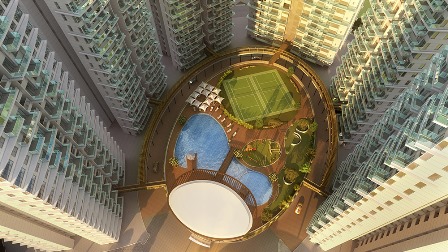 This means that PCMC will also grow vertically over the next ten years. More land will have to come within the purview of planned development, and building heights will need to increase from the currently permitted 70 metres – approximately 22 floors plus parking – to 100 metres or more. FSI, which still currently stagnates at 1, will need to be raised to at least 2, or even 2.5.
This means that over the next decade and a half, PCMC will be a skyscraper city on the lines of Gurgaon.
WORLD-CLASS INFRASTRUCTURE
In most cities, such growth would mean serious infrastructure challenges. We have already seen what happens in a city like Mumbai, where skyscrapers are being built without sufficient parking, connectivity and municipal amenities to support them. However, thanks to the master plan that PCMC will always adhere to, the necessary infrastructure will precede the building of high-rises.
I firmly believe that in the next 20 years, the Pimpri Chinchwad Municipal Corporation will serve as a national and even international benchmark for planned, scientific vertical real estate growth.
An essential prerequisite to support this massive growth is an advanced public transport system. With an eye on this future requirement, PCMC has adopted a model similar to Ahmedabad’s Janmarg – a scientifically designed BRT-based public transport system spanning 130 km across 14 routes in PCMC. This system involves 4-lane wide, exclusive roads with grade separators that will reduce the dependence on private transport in favour of more efficient public transport.
This, in turn, will result in smooth traffic flow, less road blocks, radically lower pollution levels and a healthier, energy-conserving environment. To ensure that there are no hitches in the development of this lifeline, the PCMC has established an Urban Transport Fund for its funding.
Another requirement for efficient transport is more connecting roadways. A Ring Road is already on the drawing boards, which will create a hub-and-spoke road network, which will help sustain the enormous increase in vehicular traffic that industrial and residential growth will generate.
However, the Ring Road alone may not suffice to cater to the public transport needs that will emerge over the next two decades. I personally feel that an elevated skybus or monorail network or even an underground rail network will be called for.
A WORLD-CLASS GREEN CITY
PCMC has already spearheaded sustainable real estate development in the region. Green development is the future of real estate all over the world, and many of the bigger residential townships and commercial complexes in the PCMC have adopted the ‘green development’ mantra. Over the next ten years, we will see more and more of developers here taking sustainable real estate development seriously and launching Green Homes.
The Pimpri Chinchwad Municipal Corporation is taking its mission to provide cleaner, greener homes to its citizens very seriously. As of today, there are around 60 registered green buildings completed or under construction in the PCMC. The new PCNTDA building itself is a resounding statement to how important sustainable development has become to the city.
However, this is obviously not enough when we look into how PCMC should look by 2025. In order to see it emerge as a world-class Green City of the future, there needs to be more enthusiasm within the region about the benefits of green homes and workplaces. We need to see more determination by the PCMC to encourage and promote developers who are taking the Green cause seriously.
Permissions for green buildings must be fast-tracked and be given preferential status. Everything that happens in a mighty and progressive municipality like the PCMC should be a benchmark for other regions to follow. The PCMC must be the most determined of all the regions to promote and develop green real estate, so that the PCMC is the clear leader in sustainability by 2025.
INTERNATIONAL CONVENTION CENTRE -THE ULTIMATE GAME-CHANGER
I must also mention  the new 200-acre International Convention Centre at Moshi, which will be fully developed and operational by 2025. By this time, the Convention Centre will be attracting a massive amount of tourism, hospitality and retail development, which will turn PCMC into India’s most thriving urban destination. Global hotel chains will have redefined the hospitality sector, and the shopping centres will be populated by marquee retail brands.
In fact, the next decade will see PCMC being catapulted into the international Big League, giving it a distinct global identity in its own right.
About The Author:
Anil Pharande is Chairman of Pharande Spaces, a leading construction and development firm that develops township properties in Western Pune. Pharande Promoters & Builders, the flagship company of Pharande Spaces and an ISO 9001-2000 certified company, is a pioneer in the PCMC area offering a diverse range of real estate products catering especially to the 42 sectors of Pradhikaran. The luxury township Puneville at Punavale in West Pune is among the company’s latest premium offerings.

Festive Season: Tips On Freebies And Offers On Property

Pimpri-Chinchwad Among Most Popular Cities On The Internet