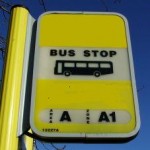 PUNE: The Pimpri-Chinchwad Municipal Corporation (PCMC) has bagged the entrepreneurship prize instituted by the Union urban development ministry for its initiative in setting up an urban transport fund.
Pimpri-Chinchwad mayor Yogesh Behl and municipal commissioner Asheesh Sharma received the award from union urban development minister Jaipal Reddy at a conference in New Delhi on Sunday.
The prize comprises Rs 1.5 lakh in cash, a certificate and a memento. The civic body has set up the fund to cover the expenditure on developing the bus rapid transit system routes and to supplement the grant received from union and state governments.
The civic body has allowed the usage of additional floor space index (FSI) in the BRTS corridor which is a 100-m wide area on both sides of routes for the payment of premium charges. These charges will be deposited in the urban transport fund.
The income from advertisements on the BRTS routes will also add to the fund. The civic body has formed a special purpose vehicle for managing the fund.

List Of Those Eligible For EWS Housing In PCMC Released