Anil Pharande, CMD – Pharande Spaces
Anil Pharande
The Pimpri Chinchwad New Township Development Authority (PCNTDA), which has completed 25 years of active service to the region, has been a major catalyst in the planned development Pimpri Chinchwad Municipal Coropration (PCMC). Under its auspices, the residential property sector in the PCMC has been transformed from what was once an industrial zone into one of the hottest property investment destinations in Pune – and indeed in the country. 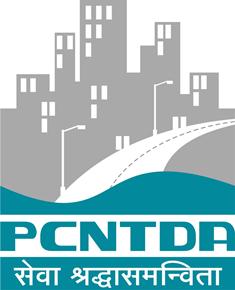 Over the last three decades, several thousand acres of land have been acquired, developed, zoned and brought under the jurisdiction of the Pimpri Chinchwad Municipal Corporation and PCNTDA. This land was developed and available for residential and commercial real estate utilization. As a result, there has been a monumental shift in PCMC real estate. Thanks to the PCNTDA, the Pimpri Chinchwad real estate sector has thrived and grown in an astounding manner.
The Pimpri Chinchwad New Township Development Authority is staffed by extremely capable and committed IAS officers. Under its directions, the PCMC area has become a masterpiece of urban development. Today, it boasts of impeccable infrastructure and public amenities, including multi–lanes roads, strategically located fly-overs, public parks and urban forestation, residential property zones including MIG and LIG Housing on a public private partnership basis, ample potable water supply and a comprehensive drainage network.
Under the PCNTDA, other service sectors have also grown rapidly, particularly schools and colleges. There are now over 25 colleges in Pimpri Chinchwad, offering graduate and post-graduate education in virtually every discipline – healthcare, retail, entertainment, banking and financial services and public transport.
These developments have attracted some of the world’s largest companies from the automobile, IT and engineering sectors. It will also become the home of one of India’s largest International Convention Centers (on a 200-acre plot at Moshi, just off the Pune-Nashik Highway). Admeasuring 100,000 square feet, this hall will equal (if not rival) similar exhibition hubs in Munich, Shanghai and other major metros around the world.
The breath-taking residential property areas that now dot the Pimpri Chinchwad Municipal Corporation map are not an accident – they are the result of carefully planned social, economic and real estate growth by the PCNTDA. This vigilance and futuristic thinking has created an avant-garde city which has adopted a blueprint for smart growth – a blueprint that placed utmost importance to organized urban planning.
Today, thanks to the PCNTDA, Pimpri Chinchwad Municipal Corporation is an acknowledged masterpiece of community-oriented real estate development. It has a unique blend of sustainable residential spaces, highly advanced transportation networks, a broad spectrum of employment opportunities, modern housing typologies such as township properties and superior supportive infrastructure. At every stage of planning, this city’s inherent natural, cultural, sociological and economic resources have been carefully preserved.
Anil Pharande is Vice President of CREDAI Pune Metro and Chairman of Pharande  Spaces, a leading construction and development firm that develops township properties in the PCMC area of Pune, India.

Pune Real Estate: From Kothrud To Wakad – And Beyond