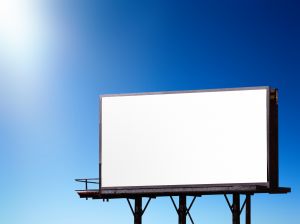 Additional municipal commissioner Prakash Kadam said on Tuesday that police cases will be filed against those putting up unauthorised billboards in Pimpri-Chinchwad area and a penalty of Rs3,000 would be imposed on those found guilty.
The civic body and the city police will jointly take action against illegal flex boards from Friday.
The decision was taken at the meeting organised at Pimpri Chinchwad Municipal Corporation (PCMC) head office. Municipal commissioner Ashish Sharma, additional commissioner Prakash Kadam, deputy police commissioner Dynaneshwar Chavan, ward officers and PCMC anti-encroachment squad staff were present.
Speaking to media persons on Tuesday, Kadam said, “Action against unauthorised flexes will start from Friday. All unauthorised flexes, banners and hoardings should be removed in two days.’’
“The PCMC will collect a fine of Rs500 plus Rs2,500 as charges for removing the flexes. The civic body will provide a camera to each ward office to take snaps of illegal hoardings,’’ he said.
The registration number will be written on flexes and banners.
Civic officials said in eight months, around 1,301 illegal banners, flexes and posters had been removed. Kadam said Sharma had visited various parts of the city and identified the illegal billboards.
The civic officials added that while removing the flexboards, the officials faced resistance from political leaders. Hence, police officials will be present to help civic staff.
Deputy chief minister and district guardian minister, Ajit Pawar, and chief minister Prithviraj Chavan recently stated that there should a separate law to initiate action against illegal flexes and hoardings.