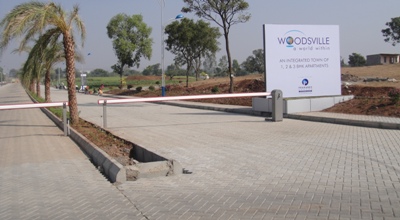 If you are new to this new Pune real estate boomtown – Pimpri Chinchwad, you need to know that its a modern twin city situated South-East of Mumbai, in the North – West quadrant of Pune.
Pimpri Chinchwad also happens to be the fifth-most populated city of Maharashtra and has long been famous for being one of the most prominent industrial destinations outside Mumbai.
The twin cities of Pimpri-Chinchwad, governed by the Pimpri Chinchwad Municipal Corporation (PCMC), are located 15 km from the Pune city centre. They form a continuous urban stretch, adding to the overall Pune Urban Agglomeration, and contain a thriving industrial belt that primarily consists of engineering and automobile industries.
In fact, PCMC and Pune, when viewed as a unified geographical unit, make up one of India’s largest industrial areas. Pimpri-Chinchwad has contributed a lot to the fact that Pune is the second-largest industrial city in Maharashtra after Mumbai. That fact alone has already spelt gold in terms of the Pune property market – but there’s a lot more.
Let me tell you a bit more about this new real estate boomtown, and why it has come so much into the limelight. As we know, location is everything in the real estate market – both in terms of connectivity to the primary city and pleasantness of environment.

Pimpri-Chinchwad is situated on the Deccan Plateau and is surrounded by hills.  It rises 560 meters above the mean sea level, near the confluence of Mula and Mutha rivers. Moreover, the Pavna River traverses the city, with the Indrayani River cutting through it on the north-western outskirts.
Accessibility by road is excellent, to say the least. Pimpri Chinchwad is situated on the confluence of NH-4 (the Mumbai-Bangalore highway) and NH-50 (the Pune-Nasik highway).
In fact, the PCMC area boasts of an extensive network of national highways to major cities like Mumbai (163 km), Nasik (202 km), Nagpur (880 km), Bangalore (835 km), Chennai (1166 km) and Hyderabad (548 km).
Railways are an important ingredient of economic growth, and Pimpri Chinchwad is located on the Mumbai-Pune mail line. It has broad-gauge, direct connectivity to Mumbai, Bangalore, Chennai and Hyderabad.
The Pune airport, which is just 20 km  away, has regular direct flights to New Delhi, Mumbai, Bangalore, Kolkata, Chennai and Hyderabad (not to mention direct flights to Dubai and Singapore).

The Pimpri-Chinchwad area is home to over 4000 industrial units in the large, medium and small sectors, these include some of the most reputed industrial companies of the country. Needless to say, this makes it one of the most developed industrial belts in Maharashtra.
Where did it all begin? With the arrival of Hindustan Antibiotics in 1954. The establishment of this public sector pharmaceutical company proved to be a major catalyst, and PCMC saw rapid industrialisation over the next few years.
To prepare the region for the boom to come, the Maharashtra Industrial Development Corporation (MIDC) procured large tracts of land in 1956, and in no time at all multinationals like SKF and Phillips, and Indian giants like Tata and Bajaj set up major units here.
Today, PCMC industrial portfolio includes a large number of engineering units as well as a number of other industries such as pharmaceuticals, chemicals and telecommunications.
With such a scale of industrial development, the PCMC area emerged as a major employment treasure trove, and the population grew exponentially. Today, Pimpri- Chinchwad is a metropolis in its own right, and is rightfully considered Pune’s sister city.

The PCMC area has invigorating climate throughout the year, thanks to it high altitude, moderate rainfall and a green cover that Pune cannot even begin to compare with. The monsoon arrives in during first week of July and extends to mid-September.
In this period, PCMC witnesses an average annual rainfall is 700-800 mm. The maximum relative humidity during the rainy season is 70-80%, and falls as low as 30% on summer afternoons.
This is as close to a perfect climactic setup as one can achieve anywhere in Maharashtra, and is one of the main reasons why so many people from various regions choose to settle down here.

Ready For A Home In PCMC?

Pimpri-Chinchwad is now an extremely popular residential destination, which is why real estate development here has picked up rapidly over the last three to four years.
One of the most important features of the PCMC residential property market is the fact that it features large and amazingly modern integrated residential projects. Homes in these projects offer everything required for a comfortable lifestyle within them – often at half the property rates prevailing in Pune.

Anil Pharande is President of CREDAI PCMC and Chairman of Pharande Spaces, a leading construction and development firm that develops township properties in the PCMC area of Pune, India.

This article may be reprinted with proper attribution to the author and a link back to PunePropertyBlog.com