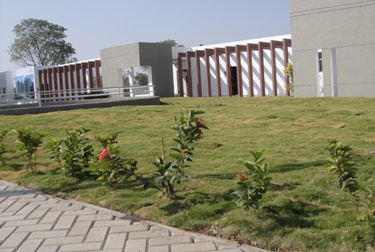 Over 4000 industrial units in the large, medium and small sectors dot its landscape, among these some of the most reputed industrial companies in the country. If one includes Bhosari and Dapodi in its purview, Pimpri-Chinchwad’s repertoire reads like a regular industrial Who’s Who. Among the major names are:

… and many more
Pimpri-Chinchwad’s status as a power-driven property destination also derives from its matchless connectivity. Its strong road network encompasses major transportation corridors – the Mumbai–Pune Road, the NH-4 Bypass, NH-50 (Pune-Nashik Highway) and the roads connecting Aundh to Kalewadi and the Mumbai–Pune Road to Bhosari.

Until fairly recently, Pimpri-Chinchwad was perceived primarily as an industrial hub and not a residential destination. However, with industrial development on ascend the population has grown exponentially there. Today, Pimpri-Chinchwad has emerged as a as a metropolis in its own right, with a thriving residential market on par with the best-planned cities and towns in India.
The residential market has multiple market drivers. The proximity to Hinjewadi IT Park apart, there is no doubt that this area’s future development will now be driven by the industrial clusters which are heavily concentrated in the PCMC area. Many landmark developments such as the International Convention Centre are coming up here, which clearly indicates that the PCMC area has a high potential for development. These projects are all part of the PCMC master plan laid down three decades ago.
Residential real estate development in Pimpri-Chinchwad has picked up rapidly in the last three years, and this area’s tag of an ‘Industrial City’ has vanished forever. The first wave of housing projects was driven primarily by the redevelopment of industrial campuses and plots into residential projects that catered to the workforce at the MIDC/industrial areas in Pimpri-Chinchwad and Talegaon.
Today, however, the fact that the PCMC area is, in fact, a meticulously planned area is making a truly decisive play on its real estate fortunes. Government-planned cities have various advantages over cities that have expanded via organic growth.
Planned development such as witnessed in Chandigarh and Gurgaon are the wave of the future in Indian real estate. PCNTDA — the Pimpri-Chinchwad New Township Development Authority — is a model closely based on that followed by Chandigarh, Gurgaon and Navi Mumbai.
Pune has witnessed organic growth, and the deficits in proper town planning have resulted in much of its infrastructure problems and shortfall in residential developments. In contrast, the properly planned Pimpri Chinchwad area – especially industry-intense areas like Chakan – should be able to avoid the mistakes done in central Pune.
PCMC has the advantage of proper town planning and the resultant infrastructure. However, there are areas of concern about how adequately development is being addressed in this vital growth area.

The PCMC MIDC area encompasses approximately 3000 acres. The Chakan and Talegaon belt comprises about 11000 acres, which means that Chakan will need about 50,000 acres of planned residential development.
This kind of development will happen in a periphery of around 50 sq km. However, the magnitude of actual development today is lamentable. This is a major lacuna. 50% of Chakan’s industrial era is already developed and occupied. Major industrial giants like Volkswagen, Bajaj and Mercedes Benz have already started production.
The key area of Pradhikaran is the logical location for absorbing the residential demand of this industrial belt; however planning for the residential requirements of employees in these industries in Pradhikaran is completely inadequate. This needs to be done soon. To boost the residential sector in Pradhikaran, proper road connectivity between Pradhikaran, PCMC and Chakan must be established.
Pradhikaran has the potential of becoming the latest real estate growth area – not only for PCMC, but in terms of Pune as well. Pune is, in geographic terms, a small city typified by haphazard development of its real estate market. The PCMC area is a diametric opposite – it is 100% planned, with the groundwork for the planning in place since 1965.
Pune’s growth boosters are education and IT / ITES. In PCMC, and particularly in the Pradhikaran area, there is a plethora of factors to amplify economic and real estate market growth, including IT, automobile and various other industries.
The result is that a huge magnitude of residential and utility space needs to be developed in Pradhikaran alone. However, this has not been addressed by developers.
Three years back, the average property rates in the PCMC area were below Rs. 1000/sq.ft. Now, the average rate throughout the region is between 2500-3000/sq.ft. – a growth rate that Pune has been able to replicate only in certain IT-centric or high-profile residential areas.
At the current time, it is still possible to locate residential projects to commercial projects in Pradhikaran. This allows for maximum appreciation potential, since the demand for either of these two segments feeds the other. In another five years, the area will have reached such a high level of development that such juxtaposition will no longer be feasible.
Developers still have an opportunity to take advantage of this fact and develop residential and commercial projects close to each other. While this makes excellent business sense, it will also ensure that Pradhikaran will attain a balanced real estate profile that dovetails perfectly with the PCMC master plan.
Currently, the residential property rates in Pradhikaran range between 2500-3000/sq.ft. Once the International Convention Centre and the new International airport are launched, these rates have the potential of doubling. Until then, the minimum appreciation potential for Pradhikaran will remain at a steady 15-20% year-on-year.
Anil Pharande is President of CREDAI PCMC and Chairman of Pharande Spaces, a leading construction and development firm that develops township properties in the PCMC area of Pune, India.
This article may be reprinted with proper attribution to the author and a link back to PunePropertyBlog.com