The Pune Metropolitan Development Authority (PMRDA), which took up seat in the PCNTDA offices in Akurdi, Pimpri-Chinchwad on May 1, heralds an era of much-needed change for real estate development in Pune. From this point onward, PMRDA will introduce the concept of scientific town planning to every part of the city. 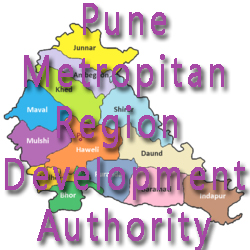 So far, proper town planning had only been followed in the the Pimpri-Chinchwad Municipal Corporation. The entire Pradhikaran belt has been developed by the PCNTDA (Pimpri Chinchwad New Township Development Authority) under strict development guidelines. As a result, PCMC has become a showcase of planned urban development.

The jurisdiction of PMRDA will cover the whole or Pune, including PCMC as well as several talukas such as Maval, Bhor, Haveli, Shirur, Mulshi and Khed which fall in the Pune district. Talegaon Dabhade, Lonavla, and Alandi and also be included along with several outlying villages. For the very first time in Pune’s history, there will be a unified planning and development authority to bring order to the entire district. The model of development will be similar to the approach which PCNTDA has followed to develop Pradhikaran over the years.

PMRDA will develop massive land parcels in a planned manner, areas will be zoned for residential and commercial development and support infrastructure such as electricity, water supply, sewerage and road networks will be put in place. Thereafter, they will be released for development under a newly-formulated development plan (DP) and regional plan (RP) which will replace all previous plans. In the meantime, PMRDA will also eradicate illegal developments. In the future, no construction will take place without complete vetting and authorization by the PMRDA.

This approach to urban development will have a profound effect on real estate in the Pune region. The value of land as well as any kind of built-up real estate will rise considerably, and the region will attract more and more investments from both within and outside the country. PCMC, which is already home to hundreds of global manufacturing companies, will see even more of such industries moving in and setting up operations. This will lead to incremental employment growth, which will bring with it massive requirements for commercial and residential spaces.

In short, Pune will now be able to reach its fullest potential under PMRDA. The local economy is set to boom, and Pune will eventually become the new economic capital of Maharashtra.