Anil Pharande
Like all other property developers in Pune and PCMC, I continue to be enthusiastic about the city’s real estate future and potential. However, I do have concerns about the impact of unregulated development. For instance – in the fever of the property market’s roller-coaster ride, we may have forgotten the fact that this city’s primary and most marketable attraction was its salubrious climate. 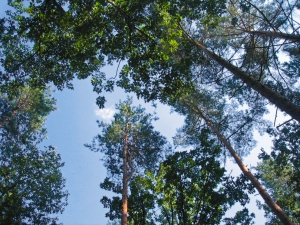 Today, the city authorities we indiscriminately razing hills and trees to make way for a proliferating concrete jungle. This has already had a very noticeable effect on the climate in the PMC limits. Fortunately, great care is being taken in the Pimpri Chinchwad Municipal Corporation – Pune’s booming sister city – to maintain as much green cover as possible.
The PCNTDA (Pimpri Chinchwad New Town Development Authority) is very serious about planned development; as a result, there is considerable emphasis on environmentally sustainable real estate development in the Pimpri-Chinchwad region. The increasing and highly successful trend of integrated township properties in the new boom localities of Moshi and Ravet are clear indications of this progressive focus.
However, the real estate development mania in the Pune Municipal Corporation region continues unchecked, without any apparent purpose other than to exploit all available space to maximum commercial advantage.
There are also considerable problems with real estate market transparency in Pune. The city’s rapidly increasing population is putting relentless pressure on the available land in the city. As a result, the city limits are constantly being pushed further into the adjacent villages. Ever since the merging of 38 villages into the PMC in 1997, there has been an upsurge in illegal structures in these areas. Not surprisingly, they also still lack basic infrastructure.
As Maharashtra’s second largest city, Pune is going to see increasing problems in the future. It does not take an expert to see that Pune’s urban planning and development do not consider the city as an integrated unit. The highest interest still seems to be in the pockets of highest commercial potential. With increased FSI in certain locations, there will soon be skyscrapers in certain areas, while there will continue to be unresolved slum issues in other areas.
Even today, we are not addressing the issues of badly maintained roads, inadequate drainage and the shortfall in water and sewerage networks. This leads to extremely lopsided real estate growth, with the demand focusing solely on favoured areas while little is done to raise the potential of those that lack the needed infrastructure. Pune still does not have a comprehensive parking space policy and has done nothing to curtail freight movement within the city. Many key intersections have exhausted their capacity to handle the increasing traffic.
Currently, the highest degree of Pune’s urban sprawl is along the national highway, with the density of land development declining with distance from the highway. In the interest of sustainable development, we need to correct Pune’s urban sprawl by providing the necessary infrastructure in currently non-preferred areas as well. If this does not happen, we will have serious problems in further development in the coming ten years.
Anil Pharande is Vice President of CREDAI Pune Metro and Chairman of Pharande  Spaces, a leading construction and development firm that develops township properties in the PCMC area of Pune, India.
This article may be reprinted with proper attribution to the author and a link back to PunePropertyBlog.com

Thergaon Is The New Star On The Pune Real Estate Map