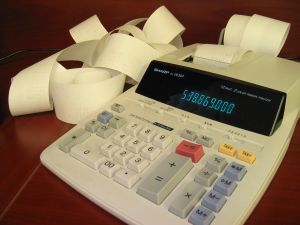 (TNN, Dec 1, 2010)
PUNE: The standing committee of the Pimpri-Chinchwad Municipal Corporation (PCMC) has asked the civic administration to open new citizen facilitation centres (CFC) at 14 zonal offices of the property tax department.
Addressing a news conference here on Tuesday, Prashant Shitole, chairman, standing committee said, “These instructions were given during a discussion on a proposal to provide broadband facility to central stores department and CFCs at an expenditure.”
Shitole said that a proposal was tabled one and a half years ago by the civic administration to set up CFCs at the main office and the four zonal offices. “I had given an amendment motion proposing that CFCs be opened at divisional offices of the property tax department. The civic administration has failed to implement the resolution,” he said.
Meanwhile, a resolution to hike rates of water supplied to private tankers by the PCMC and the rental rates of water tankers provided by the PCMC to citizens during private programmes was also approved by the standing committee.
A civic official said that the PCMC supplies water to private tankers at the rate of Rs 110 for 9,000 litres from various places in the municipal limits like Sangvi, Chinchwad (Bijlinagar), Sector 23 and Gawlimatha, Annasaheb Magar stadium.
The current rate of water for non-residential use is Rs 30 per cubic meter. The water supply department had recommended that the rates of water supplied to water tankers needed to be Rs 270 per trip of tanker having a capacity of 9,000 litres, Rs 300 per trip for tanker having a capacity of 10,000 litres, Rs 360 per trip for tanker having a capacity of 12,000 litres and Rs 600 per trip for tanker having a capacity of 20,000 litres.
Shitole said that a resolution to construct a swimming pool at G block in MIDC area at an expenditure of Rs 1.78 crore was also approved. The proposal regarding the draft budget of school board for 2010-11 having an outlay of Rs 93.88 crore was kept pending as the members of the standing committee needed time to study it.
The draft budget will be sent to the general body for approval in December.
The standing committee approved developmental projects with a total expenditure of 1.99 lakh during the weekly meeting on Tuesday.