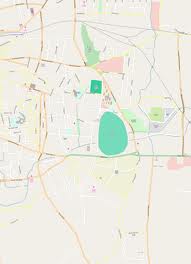 The Pune Cantonment Board (PCB) has proposed an increase in the property tax on the residential and commercial property by nearly 10-20 per cent after it completes the assessment of properties by the end of this month.
The hike will affect nearly 12,000 residential and commercial properties in the cantonment area. According to officials, they are carrying out the assessment of the annual rateable value (ARV) of the properties in the cantonment area for nearly a year and the assessment will be complete by month end. They said the cantonment will hear objections to the proposed increase by next month before notifying an increase.
Officials said while there will be no increase in the sanitary cess but the ARV of the properties will increase nearly 10 per cent for residential houses and 20 per cent for commercial properties. Officials said they will continue with the six slabs of ARV.
As of now the percentage of property tax up to the ARV of Rs 1 lakh is 18 per cent. While the rate of property tax on the AVR of Rs 1-999 is 10 per cent, for property of AVR between Rs 1,000 and 4,999 it is 14 per cent, on Rs 5,000-29,999 it is 15 per cent, for Rs 30,000 to Rs 49,999 it is 16 per cent and Rs 50,000 to Rs 99,999 the ARV is 18 per cent. For a property with AVR above Rs 1 lakh the rate of property charged each year is 22 per cent.
“While for the old buildings, we are proposing an ARV increase of 10-20 per cent. However, we have also worked out the ARV of the fresh buildings and the new ARVs will be notified only after the assessment is complete,” said officials.
Chief revenue superintendent D V Patil confirmed that the assesment of the property was on. “ It will be complete soon before we conduct a common hearing on the objections which people may have on the proposed increase of the ARV,” he said.
However, the PCB members insisted that the cantonment board should increase the ARV only reasonably. “The increase should not hit hard the common man while the revenue collection of the cantonment board is also not affected,” said PCB member Aarti Mahajan.