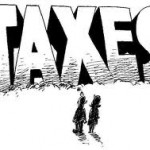 PUNE: Citizens have come down strongly at the hike in property tax proposed by the Pune Municipal Corporation (PMC). A public meeting to voice out the grievances was organised by the citizens’ group Sajag Nagrik Manch on Sunday. RTI activists Vivek Velankar and Vijay Kumbhar were present at the meeting.
“It has been observed that the entire tax amount due with the PMC is never collected. The civic body should develop a system through which the entire due amount is collected, so that the citizens are not burdened with rising tax rates,” citizens at the meet said.
“The public should be allowed to become a part of the tax collection process. Their participation should be allowed in finding out tax thefts,
” Velankar said, adding, “In this case, the public can be reimbursed with a service charge or commission. This will help increasing the revenue of the PMC.”
The PMC has proposed increase of various taxes including property tax. Subject to approval, it is likely to be implemented from the next financial year.

42,000 Properties Come Up In Pimpri-Chinchwad In 3 Years