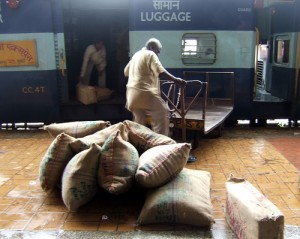 It is a city on the move but it just cannot get its mobility issues right. Pune has everything going for itself. There’s growth in the manufacturing, IT and ITeS industries. The city is attracting FDI and it’s real estate is booming. Above all, it is becoming a magnet for talent from across the country. But the problem is that Pune has failed to provide its growing population an efficient way to move around—be it roads, rail or even airways.
There is a logjam in every mode of transport barring the expressway to Mumbai. It is because of this that Maharashtra’s second-largest city’s progress report looks grim and certainly not befitting the city’s aspiration of becoming a metropolitan city. The seventh-largest city in the country has so far failed to meet the growing mobility needs of its citizens.
Pune has a public road transport system that is completely inadequate and fails to meet the requirements of the millions dependent on it. The experiment with BRTS — bus rapid transport system that segregates traffic with bus-only lanes — failed and has no takers now, thanks to a botched execution. The public transport body has failed to acquire the requisite number of buses to keep even the existing transport system running.
There is a need to double the bus count on roads but the elected civic members continue to debate whether they should have buses with doors on one side or both sides. Meanwhile, the queues on bus stands are wilting as many move towards privately owned modes of transport. The share of two- and four-wheelers on Pune roads is close to 70%, while buses account for less than 2%. The city’s limited road space is getting increasingly clogged and navigating this space is becoming increasingly nightmarish.
Plans for a high-capacity mass transport systems for the city have been in the making for over a decade. For a few years, Pune romanced with Konkan Railways’ sky bus metro system but this was abandoned after extended debate. The next plan is to introduce a metro rail based on a report from the Delhi Metro Rail Corporation. But this too appears to be headed the BRTS way, with bungling aplenty.
There is no consensus on how to build the metro — overground or underground, standard gauge or broad gauge, this route or that. And then there are the funding issues — these would make for another story. As for rail connectivity, links have been at a dead-end for decades, with the railways failing to do anything substantial or even acknowledging that Pune city is growing and with it the railways needs to grow. Nearly two lakh people use these trains everyday but all they have got in decades is some extra coaches.
There are 17 pairs of trains between Pune and Lonavala, and they are run with nine compartments each. The rail link between Pune and Mumbai has stagnated as well. Even the famous Pune-Mumbai Deccan Queen has increased the journey time. Office-goers from Pune use this train to travel to work, but it fails to reach them to Mumbai before 10 am.
When it comes to air connectivity and airport infrastructure, the story is even more disturbing. The proposed international airport project has been in the air for 18 long years but it keeps getting into one air pocket after another. The site for the proposed project has changed every few years and it has yet to get a final address. It has moved from Chakan to Rajgurunagar to Saswad and is still moving.
Pune uses the airport belonging to the Indian Air Force and this limits the civil air traffic movement. The Lohegaon airport is of strategic importance to the IAF, as it is the base for Sukhoi fighter jets. So aircraft movements are controlled and there are only limited slots available, which holds up the civil air traffic. Landing and take-off timings are restricted and only 38 flights are permitted. The airport has a single runway, limited taxiway, an inadequate apron space and no space for cargo facilities.
The city will have to find a way out to move people and goods within the city, and in and out of the city, if it wants to remain an attractive destination for financial and human capital. Pune is expected to hit the 50 lakh population-mark in two years, while Pimpri Chinchwad is expected to cross 16 lakh with a few more lakh in the cantonment board-run areas in the region.
So metropolitan Pune will have more than 70 lakh people to move. We are also looking at economic activity expanding. After all, there are the massive investments by auto and auto components makers around this region, growing IT exports from Pune mean that IT parks are mushrooming, half a dozen SEZs are coming up and educational institutions are booming.
Civic activists have been talking of fast-growing Pune desperately needing a comprehensive mobility plan that covers the entire region but nobody is listening. The city MP is busy hurtling from one mega sporting event to another and the other guardian angel is busy with international cricket.
Pune, In A Jam was written by Geeta Nair and was published in the Financial Express.
Photo source