With the Pune Municipal Corporation Elections 2012 coming up, the usual spate of election promises by corporators to improve the infrastructure in their respective wards are being made. As positive as these promises are, they miss the larger point – Pune does not need segmented, fractional development. 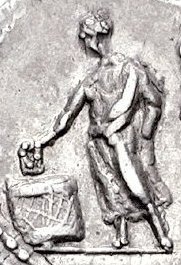 Piecemeal development is exactly what has been happening all these years anyway. The haphazard development of Pune has followed the usual course of opportunistic urbanization. Certain areas receive maximum attention while others are completely neglected.
The Pune City Development Plan (DP), which now includes 23 villages around the city, was recently approved after a massive delay of six years. If properly implemented, the DP has the potential to give the benefits of proper urban development to Pune’s real estate sector, its economy and to its citizens. The city as a whole needs better, wider roads and traffic management, improved water supply and more hospitals, gardens and playgrounds and open areas.
It is not just some areas being administered to by individual corporators that need to see change – the whole city needs the changes that will make life easier for its citizens and contribute towards more rational growth. The patchwork improvements that are being promised will not help Pune to develop scientifically, rationally and beneficially. A closer look at neighbouring Pimpri-Chinchwad would reveal just how much can be done for a city if its policy makers adopt a unified and holistic approach to development.
While Pune continues to stagger under the pressures of infrastructure deadlock, the Pimpri Chinchwad Municipal Corporation (PCMC) is already passing on the benefits of visionary urban planning to its residents. The planned development model adopted by the PCNTDA has consistently ensured that real estate growth in the entire Pimpri Chinchwad belt has taken place in a logical manner. As a result, infrastructure in the PCMC has become one of the brightest gems in Maharashtra’s urban development showcase.
The Pune Municipal Corporation Elections present the city with a good opportunity to insist on the proper and timely implementation of the Pune Development Plan. In the 23 villages which have now come under the DP, there has been little or no progress on infrastructure for more than two decades. There is an urgent need for proper roads and other physical infrastructure in these areas, many of which which have already seen a lot of irrational construction and illegal projects.
If Pune’s development Plan is properly streamlined and implemented, all old and new areas will benefit from improved road networks which will help in the decongestion of the inner city. It would be a mature election platform to promise the implementation of the DP in a timely and progress-oriented manner, rather than promising to improve only certain sections of the city.
We look forward to one visionary candidate in the upcoming Pune Municipal Elections 2012 to take up the cause of the Pune Development Plan as a whole.
Posted by: K. D. Nagarkar