A report published by Oxford Economics states that India will have most of the world’s fastest-growing cities between 2019 and 2035. Strangely, Pune is not included in the list of 17 cities where Bengaluru, Hyderabad and Chennai are mentioned prominently. But perhaps this is not surprising since the research is based solely on GDP growth.

The fact is that Pune is very much among the fastest-growing cities in India and even the COVID-19 pandemic, which is now getting under control in India, has not changed this fact.

The city’s economy generates a lot of jobs which attract people from all over. Pune remains a dominant employment generator in India because it is driven by three major industries – manufacturing, IT/ITeS and services. These jobs attract people from other cities and rural areas, which in turn creates demand for housing. The only fitting response to this demand is real estate development.

Let us try to understand how the growth of a city should be defined. While it is definitely important, GDP is not the first aspect that comes to mind. The way most of us define growth is in terms of geographical expansion. The reason why cities expand is inward migration of population from the rural areas and also other parts of the country.

Of course, a city needs to have the capacity to grow. In all these aspects, Pune has been a forerunner in growth. While some of this expansion is haphazard and resulting in unnecessary oversupply, we are also seeing directions of growth that are vital for Pune’s sustainable future prospects.

Trends indicate that about 25-30 Indians are migrating to Indian cities every minute. Pune and Mumbai draw the most inward migration in the state of Maharashtra, which is the 3rd-largest Indian state in terms of area. Pune’s city limits have been constantly expanding to accommodate this migration. Mumbai, on the other hand, has very little capacity for expansion.

If you have been wondering why Pune’s developers kept building more housing projects even though the housing market has been slow over the last 2-3 years, the main reason is inward migration. Absorption may have been slow because of the disruptions caused by policy interventions like RERA, but the demand for housing in Pune is growing constantly. In reality, developers are building for the city’s future, not its present.

The biggest thrust of Pune’s development has been towards the financial capital of Mumbai. These two cities in many ways have a shared economy, causing a constant shuttling of goods, people and resources between them every day. Also, Pune sees a lot of housing demand from Mumbaikars who have business interests in Pune. 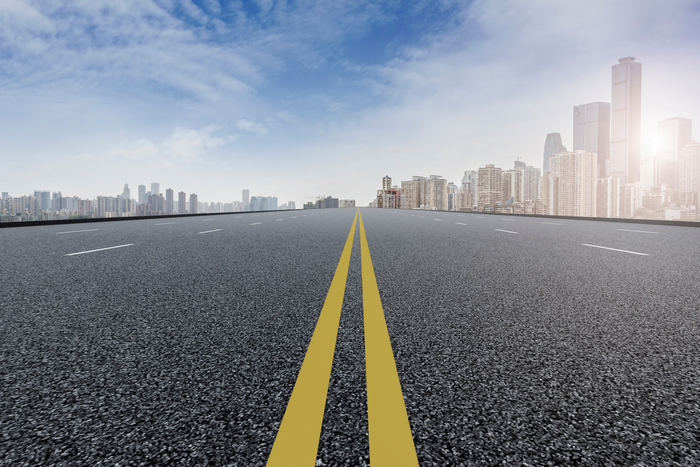 Not surprisingly, areas closest to the Mumbai-Pune Expressway have been witnessing a real estate boom. Already, the Maharashtra State Road Development Corporation (MSRDC) announced its intention to open up 1000 acres along the Mumbai-Pune Expressway for development. Builders with historic land holdings in these locations are now actively developing them and seeing a tremendous response.

Moreover, areas adjoining the Mumbai-Pune Expressway have become hotbeds for real estate development. Employees not only from the nearby MIDC manufacturing belt but also from Hinjewadi IT Park have responded to the opportunity of owning homes in areas like Ravet and Punavale. Now, even the serene location of Urse, located right along the Expressway, is seeing real estate development in the form of a large integrated township.

According to data from Property Consultant ANAROCK, Urse (within 3 km radius) witnessed new launches of more than 7,100 units between 2013 to 2020 with avg. property prices presently hovering at INR 4,100 per sq. ft. In comparison to 2015, average property prices here have increased by more than 11%.

Trends further indicate that out of the total new supply since 2013, a whopping 75% is already sold out while over 65% is ready to move in. Besides affordable prices and future growth prospects, housing demand has so far been driven by people working in nearby industrial areas.

The locality is also home to few logistics and warehousing options because of its proximity to Mumbai-Pune Highway. However, the profile of Urse is changing with the arrival of a luxury golf-themed township. In the future, the area is bound to see more high-end real estate options being made available.

Gurugram-based realty portal Zricks.com confirms that Urse is attracting many investors due to the availability of various different property options in the locality. The presence of social infrastructure facilities such as transportation, education, healthcare, shopping and entertainment facilities in and around the area is an added advantage.

As a result, Urse is seeing robust real estate growth and this trend will pick up pace as Pune and Mumbai grow closer to each other via the Expressway.

‘Real’ Growth Is Not A Number

Economic performance or GDP of a city is obviously an important factor for geographic expansion, but only because GDP is the result of the city’s ability to generate jobs, which in turn generate demand for real estate. Pune has been able to expand to accommodate the increasing demand. This is the essence of the growth of a city.

This pattern of expansion has also been seen in the National Capital Region (NCR). However, there is a massive problem of oversupply in Delhi-NCR because it has expanded away from – rather than towards – its main employment hubs.

While Pune is expanding in many directions, the most critical direction is obviously towards Mumbai. The important task at hand now is to open up more and more areas along the Mumbai-Pune Expressway for good quality real estate developments. This process is underway and is constantly bringing the two cities closer together.