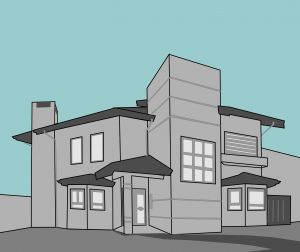 Civic activists on Sunday resolved to strongly oppose the proposal of the Pune Municipal Corporation (PMC) to increase the duration of lease of its properties from 30 years to 99 years, as it would result in perpetual ownership of those properties by private owners.
Sajag Nagrik Manch (SNM) had organised a meeting of activists on the issue. Cartoonist and activist Mangesh Tendulkar chaired the meeting. President of SNM, Vivek Velankar, convener Jugal Rathi and civic activists Vijay Kumbhar were present on the occasion.
Kumbhar has been following up the issue for years. He told activists that once the PMC properties are leased out for 99 years, the civic body would lose them forever. If this proposal is approved, then there would not be any public property left for the next generation.
Hence, he said, citizens in large numbers should object to the proposal. He said the last date for filing suggestions and objections to the proposal is December 2.
Velankar said civic activists should gather signatures of citizens in large numbers to express solidarity against the proposal. It is necessary for citizens to raise their voice against the proposal for the sake of the next generation.
He said activists should gather 25,000 signatures by November 30. The draft of the objection to the proposal would be available at the SNM office. The objections can also be sent by email.
Tendulkar said the common man has to face criminals who have occupied positions of power by manipulating the democratic process. Common citizens have become frustrated. It is the responsibility of the NGOs to stand firmly in such a situation.
Vice president of the city unit of the Bharatiya Janata Party, Sandip Khardekar, said activists should use all means to take the issue to its logical end.
Activist Sudhir Kulkarni said the civic body should explain the purpose behind the proposal. It should declare the list of properties it has leased out and to whom.