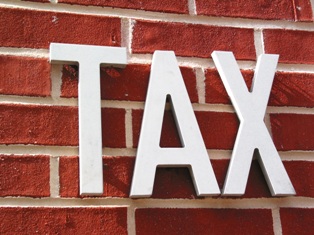 Over the past fortnight, the Pune Municipal Corporation (PMC) has collected Rs 18 lakh property tax dues, including the penalty, from nearly 16,000 defaulters. The civic administration decided to impose a fine of 2 per cent on people who have property tax dues in their names.
Based on the directions issued by the state under the Bombay Provincial Municipal Corporations Act of 1949, the move came into effect from October 1. Owners of 2.5 lakh properties, out of 6.8 lakh assessed, have to pay the 2 per cent penalty. The civic body is looking at collecting approximately Rs 2 crore exclusively through the penalty this year.
“We started imposing the penalty on property tax from October 1. We found that out of 6.8 lakh assessed properties, there are about 2.5 lakh owners, who are yet to pay their property tax dues. While some of them had not paid tax in the first semester, some others had not paid the tax over the past couple of years,” said Vilas Kanade, chief of the property tax department.
He said though the people were complaining about the penalty, they have no option but to pay up. “Till Friday, about 16,000 property owners paid their dues worth Rs 18 lakh, inclusive of the penalty. This move is likely to provide an additional revenue of Rs 2 crore this year,” said Kanade. The property tax bills are distributed to property owners within the city limits twice a year, with a six-month division. For 2010-11, property tax had to be paid before September 30. The second installment has to be paid by December 31, 2010.
While the property tax collection in 2009-10 was Rs 370 crore, this year the initial six months have given the civic body Rs 320 crore of property tax. This year, the tax collection department has set a target of Rs 500 crore, the official said.

Pimpri-Chinchwad To Get Central Fire Station