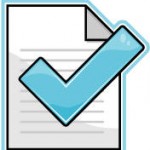 Anna Hazare and his fight against corruption were all over the news for the better part of the month. There was a lot of food for thought for everyone, including property market stakeholders. While there was no direct reference to the immense amounts of black money in real estate, Anna Hazare obviously addressed this aspect in his crusade, as well.
In this context, it is pertinent to note a recent testimonial by a senior representative of a leading international property consultancy here in Pune.  His statement was in response to a request for his views on the subject of corruption and black money in the Indian real estate sector.
He pointed out that the subject of corruption in real estate is bound to crop up again and again, especially in light of the scams that rocked the news bulletins just a few months ago. However, he also correctly pointed out that stricter scrutiny for and measures against the movement of black money in the sector are already being enforced. Nevertheless, he stated, we are still in the early days of our battle against corruption in various business segments, and that it will take time to completely subdue its effects.
Anna Hazare himself would not dispute this fact. The rot of corruption has set in over a number of years, and has therefore sunk rather deeply into it at various levels. To weed it out completely will take time, but the sanitation process can be accelerated with greater consumer awareness. After all, corruption in real estate is fed both at the supplier and consumer ends. Thankfully, this syndrome is already on the decline because of increasing awareness among Indian property buyers.
The traditional viewpoint of black money driving Indian real estate is obsolete in many ways by now. In Pune, property buyers should be aware of the fact that many of today’s larger, reputed developers are already offering completely transparent deals. The prevalence of such developers is, in fact, higher in Pune than in neighbouring Mumbai. Pune property buyers have the option of patronizing such developers.
The times when Pune property buyers were completely at the mercy of corrupt small-time developers are long over. Those looking for homes in Pune are no longer limited in their options. The more prominent developers in Pune have long since recognized the need for greater transparency in the system. After all, the largest component of Pune residential property buyers is made up by the salaried class, who do not have large cash reserves and often need 100% funding on home loans.
However, there are also larger reasons why Pune real estate is becoming more transparent. The Pune property market is a focal point for foreign investors who are attracted by the immense potential it presents. Residential developments around the Hinjewadi and Kharadi IT hubs as well as the integrated townships of Primpri-Chinchwad are drawing massive investments from from domestic and international investors. With the exposure to global funds, the sector has matured rapidly and transparency is becoming a norm.
In addressing the issue of corruption in Indian real estate, it is important to note that there will always be supply where there is demand. A corrupt system holds illegal advantages for both the buyer and the seller. If more and more sellers are willing to offer clean deals, it is to be hoped that more and more buyers will opt for such deals. only then will we be truly on the way to a corruption-free real estate market.

Pharande  Spaces is a leading construction and development firm that develops township properties in the PCMC area of Pune, India.
This article may be reprinted with proper attribution to the author and a link back to PunePropertyBlog.com
Posted by: K. D. Nagarkar