There are often comparisons made between the infrastructure of Mumbai and Pune. The popular consensus seems to be that both cities are equally challenged as far as supportive infrastructure is concerned. This is inappropriate for two reasons – one, Mumbai’s growth pattern has been very different from Pune’s.
The city has evolved into the country’s financial capital, and the pressures on it are enormous and overwhelming, considering the fact that a significant part of it is an island that cannot grow horizontally to accommodate the growing real estate demands. 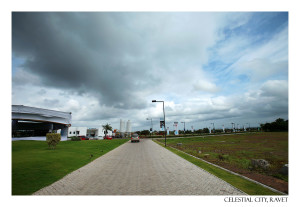 Pune, on the other hand, has an advantage by virtue of the fact that it has been able to add to its borders by means of surrounding villages. This has served to decreased pressure on the central city and encouraged an outward growth pattern.
The challenges on Pune’s infrastructure – particularly its road network – have more to do with the speed of this growth. While there are various proposals for roads and road widening, these have to be translated into real time to be effective.
The pockets of infrastructural under-development are the result of both developers and the Government concentrating on existing growth areas and sidelining those with high future potential. It is a known fact that no area can grow in terms of residential, commercial and retail real estate unless the necessary infrastructure is first put in place.
This is quite a common phenomenon that is the result of the principle of fastest returns almost instinctually followed by both developers and the Government. Bangalore, for instance, was initially not well planned for radial expansion. The approach in this city was simple – where Information Technology projects went, residential projects followed. IT and ITeS, as business lines, are not dependent on a city’s CBD areas and can workably exist in areas where property prices are low.
Once such a project is established, residential, commercial and retail establishments follow. Since this kind of growth in no way follows a master plan, the result is haphazard pockets of growth. This naturally leads to the neglect of areas that have not been so favoured. The syndrome is also evident in the case of other industries such as manufacturing.
To identity another factor that has compromised Pune’s holistic growth in terms of real estate viability – the first masterplan for the city designated a much more progressive ‘roadmap’ for the city’s road network, while the second one is decidedly sotto voce on these. Also, key roads leading to new growth areas are not being put in place with the speed necessary to ensure that these new areas have the requisite connectivity.
In comparison, the Pimpri Chinchwad Municipal Corporation (PCMC) has been proactive in terms of a proper road network. This explains why there have been such spurts in growth and corresponding real estate values in this region. Considering how much the authorities have already achieved, it is distressing that certain pockets in the region still show signs of infrastructure deficit.
A continuing area of concern in this regard is the lack of adequate road connectivity between certain key areas of the PCMC and areas such as Talegaon. Because of the massive potential for industrial and residential development in and around these areas, they have seen most of the road construction initiatives. In the process, road connectivity from these locations to some of the most important growth areas of PCMC has been largely ignored.
Paradoxically, the areas referred to as Phase 2 in the PCMC development plan hold the highest potential for real estate growth. Thanks to the availability of large land parcels at relatively lower prices, residential and commercial realty development has picking up rapidly in areas such as Moshi. In the meantime, Moshi has become a hotbed for property investments because of the International Convention Centre being jointly developed by the Maratha Chamber of Commerce and the PCMC.
Despite this, there is still no sufficient road connectivity between Phase 2 and the larger industrial hubs. This is going to prove to be a huge stumbling-block for the overall growth of the region. The lack of a suitable road network means that people living in areas like Moshi face difficulties in reaching their workplaces in these employment clusters. This issue must be addressed on a priority basis. A city like PCMC must do everything in its power to ensure that its growth pockets are not isolated from each other.
The potential of this key area apparently lacks recognition of its inherent future value. A closer look at its promise for the PCMC real estate market would very likely cause a more fast-paced development of its road network.
There are earlier precedents in Pune, wherein languishing areas were given fast-paced infrastructure upgrades because of an upcoming market catalyst. When the recent Youth Commonwealth Games loomed closer, the enhancement of Baner Road and Pashan Road were put on the fast track.
In the same manner, it is not unreasonable to anticipate that the planning authorities will take cognizance of the fact that PCMC’s Phase 2 is extremely important, and that it must at all costs be enabled with the requisite road connectivity.

Anil Pharande is Vice President – CREDAI (Pune Metro) and Chairman of Pharande Spaces, a leading construction and development firm that develops township properties in the PCMC area of Pune, India.

Affordable Housing In India – Where Is The Supply?