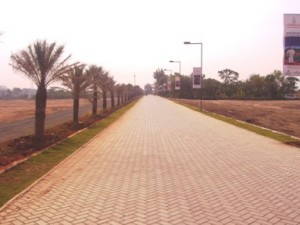 With many tempting locations featuring properties for sale in Pune, what does it take to make a new one stand out? Aundh, Wakad, Baner, Pimple Nilakh, Pimple Saudagar and similar areas have had their heyday.
Now, it is the turn of Ravet, which lies on the North-West side of Pimpri Chinchwad Municipal Corporation and Pune. This location is set to become the new paradigm of investment property in Pune. Various significant real estate market drivers have combined to make Ravet the most promising destinations for Pune residential property.
Superior Location
With its development masterminded by the Pradhikaran-Pimpri Chinchwad New Township Development Authority (PCNTDA), Ravet enjoys the benefit of an extremely strategic location on the Pimpri Chinchwad map. It is, in fact, the first town that appears on leaving the Mumbai-Pune Expressway.
This has resulted in it becoming known as the Gateway to Pune; but that is not all there is to it. Ravet is a junction of the old NH4, the Katraj-Dehu Road bypass and the Mumbai-Pune Expressway and is placed advantageously close to the Hinjewadi IT hub and Pimpri-Chinchwad industrial belt.
The residential property investment potential at Ravet is further enhanced by the fact that J.N.N.U.R.M has begun construction of a 45-metre, grade-separated, non-signaled four-lane BRT (Bus Rapid Transport) road at this point. This road, with 40% of the work already completed, will ensure that key area such as Aundh, Pimpri, Chinchwad, Chakan and Talegaon are in easy access from Ravet.
Developer Activity Picking Up
Pharande Spaces and the Rama Group have joined hands at Ravet in launching an integrated residential township called Celestial City. In Pune, township properties are definitely the lifestyle wave of the future. This integrated township, spread over 2.5 million square feet, features futuristic facilities aimed at making it entirely self-sufficient and is going to be developed in three phases.
Since the highest demand in Pune is currently for affordable housing, the first phase targets the middle-income group with 2/3BHK flats ranging in size from 800 to 1200 square feet. These flats are currently priced between Rs. 24 to 34 lakh at the initial offering phase. Taking a cue from this pioneering project, other developers have also acquired land in Ravet, although their projects are yet to be announced.
The Trappings Of A Pune Real Estate Legend
While Ravet’s accessibility is certainly one of its biggest real estate market drivers, it also has a number of very important establishments in its immediate vicinity. These establishments will ensure that any township properties in this area will thrive.
Among them are the famous Aditya Birla Hospital, industrial giants such as the Bajaj Auto manufacturing plant, SKF and Telco, as well as important education establishments like the Indira Institute of Business Management, D.Y. Patil College and Mercedes Benz School.
Of course, the fact that Ravet is so close to the Hinjewadi IT hub is a major factor in terms of real estate investment potential. Ravet, with its upcoming integrated township, will now offer affordable residential property options for software employees from this software hub, as well as to those from the Talegaon MIDC and Chakan MIDC.
As of now, property rates at Ravet are still extremely rational. Rates at township properties tend to be slightly higher owing to the fact that they provide their own infrastructure. Because of this, the appreciation potential for properties in such townships is also much higher than in other projects.
Anil Pharande is President of CREDAI PCMC and Chairman of Pharande Spaces, a leading construction and development firm operating in the PCMC area of Pune, India.
You may reprint or quote this article with full credit to the author and a link back to PunePropertyBlog.com

Census To Start In Pune, Pimpri-Chinchwad