Anil Pharande, Chairman – Pharande Spaces
The Real Estate Regulatory Bill has been waiting for a long time to be passed as a law. Though several new recommendations by various bodies were incorporated into the draft Bill and approved by the cabinet, it has still not been passed as an enforceable law by the Parliament. It is now high time that this happens – for several reasons 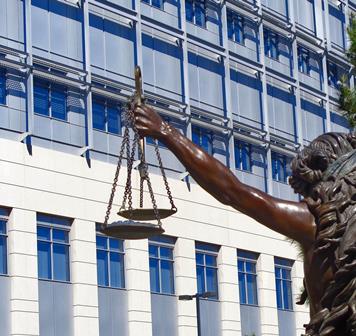 The changes which have been made in the original draft over time are quite progressive. For instance, a real estate developer must keep a minimum balance of 50% of the funds collected for his project in an escrow account. Before the Real Estate Regulatory Bill was drafted, the concept of creating an escrow account for a real estate project in which to hold funds for a project did not exist at all. In the absence of such a regulation, builders are at liberty to siphon off funds collected for their projects and use them to purchase more land or in the construction of other projects.
The Real Estate Regulatory Bill will make it compulsory for builders to ensure that at least 50% of such funds will remain reserved solely for the development of the project for which they were collected from buyers. To ensure that this actually happens, they will have to pay these funds into an escrow account within 15 days. While this is definitely a rule which will protect the interests of property buyers to some extent, it still means that builders can use half of the funds collected from buyers for other purposes.
This gives rise to a pertinent question – why would they want to do that? Isn’t it in the builder’s own interest to complete a project on time? Unfortunately, many developers don’t look at it that way at all. The reason why they divert funds from ongoing projects is so that they can purchase land to build land banks, which allows them to showcase more projects on their balance sheets. Doing so makes allows them to raise more capital from banks or private equity funds, and also to give an inflated image of the size of their business.
There have been several other changes to the draft Real Estate Regulatory Bill, as well – each giving a clear message that the era in which developers could do whatever they want is going to be history once it is implemented. Not least among these important changes is that developers will have to register all projects which they are constructing within 3 months once the Bill becomes a law.
If they fail to do so, they will be penalized to the tune of 10% of the overall project cost, and will have to bear an additional penalty of 10% and even face a prison term for any further delay to register their project.
The Real Estate Regulatory Bill will also bring an end to developers’ freedom to make changes in the original plans or structural designs of their projects once they have been registered. They will only be able to make any changes if they are able to get the signed approval of at least 2/3rds of those who have invested into the project. Projects which do not have completion certificates issued as yet are now also included, meaning that an even bigger segment of buyers will benefit from protection of their interests.
The current version of the Real Estate Regulatory Bill also has another noteworthy amendment in the fact that it now includes commercial office projects. In other words, investors who have plugged their funds into commercial office properties will also be protected by the Bill. Of course, the fact is that 85% of the Indian real estate market consists of the residential sector.
However, this amendment is important because it will help the sector become more transparent in every respect, and not just in some segments. Real estate brokers and agents are now also included in the latest draft of the Bill, which means that will also be liable for legal action if they engage in any practices which are not in line with the new law.
Finally, the latest draft of the Real Estate Regulatory Bill permits customers with grievances to move the consumer courts, and does not position itself as their only legal recourse.
With all these positive amendments now in place, the Real Estate Regulatory Bill is indeed a powerful means to make the chronically opaque Indian real estate sector more transparent. Once it becomes a law, people will feel more confident in investing into real estate, and this will result in the revival which everyone has been waiting for. This confidence will take time to become evident, but it will definitely come – and when it does, we will see massive changes on the ground.
About The Author:

Pimpri-Chinchwad Among Most Popular Cities On The Internet