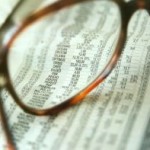 PUNE: A new process of property evaluation proposed by the office of the state inspector general of registration (IGR) and controller of stamps is likely to give a real’ value to your property. Unlike the current procedure of a single rate being applied to an entire value zone, which can sometimes be as big as a municipal ward, the proposed process will attach a separate price to every property, as per its location and area, among other factors.
The price of a property is generally determined based on how convenient it is to approach it and its surroundings. If a property is located near a dumping yard, cemetery or crematorium, nullah, garbage bins, slum area, etc, it reflects in the pricing as well.
Speaking to TOI on condition of anonymity, a senior official at the IGR office said, “In this project informally known as micro-planning urban maps of the city will be uploaded to the computers for further processing. These digital maps, with a particular code, will be evaluated separately and priced according to the government rates.”
“It will certainly lead to an increase in the prices of many properties, but it will bring parity in pune property rates across a city or town. On the other hand, it will reflect in the department’s earnings, as the price at which the deal is struck will go up, the IGR’s income will also go up.”
The completion of the micro-planning project is still some months away. But once it is implemented, the information on all properties will be available on the internet. The process will provide the exact value of a property.
The current process of valuation is not very real’, the official said. “For instance, the prices in the Kothrud area are high because there is a huge demand for property in the area; hence the ready reckoner (RR) rates also higher. The market rates in Magarpatta city of Hadapsar are close to the rates in Kothrud, but the RR rates in that value zone are very low compared to those for Kothrud. Thus there is a disparity, even though the market rates are almost equal in both areas.

42,000 Properties Come Up In Pimpri-Chinchwad In 3 Years