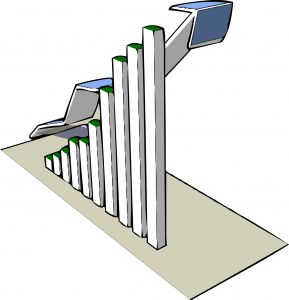 The Pimpri Chinchwad Municipal Corporation to the North-West of Pune City, has seen tremendous real estate development of residential properties. After all, the PCMC belt constitutes Asia’s biggest industrial center, which is home to several blue chip companies.
To illustrate this point – giants such as Bajaj Auto, BEL Optronic Devices Ltd, TATA Motors, Kinetic Engineering, Force Motors and Daimler-Chrysler. Hindustan Antibiotics Limited, India’s premier antibiotics research institute, also has its plant there, as do a number of heavy industries like Forbes-Marshall, Thyssen-Krupp, Alfa Laval and Sandvik Asia. Moreover, the Rajiv Gandhi Infotech Park at Hinjewadi, where many IT companies such as IBM India, KPIT Cummins, Tata Technologies, Infosys, Wipro and Geometric have large units in operation, is within close commuting distance from Pimpri Chinchwad.
This has created a huge demand for residential properties among the large working class population attached to these industries. In fact, there is a now a constant demand for rental and purchase properties, specifically in the 1,2 and 3BHK range. However, we are only speaking of the end-user demand here – in other words, the requirements of those who need homes primarily for their own use. What is even more significant is the promise that the Pimpri Chinchwad Municipal Corporation holds for those who also seek growth in residential property investment.
The huge inherent and ever-growing end-user demand alone has caused the investment potential of residential property in PCMC to grow tremendously with every passing year. However, a new dimension has now opened up with the announcement that the International Convention Centre (ICC) at Moshi in PCMC has now been cleared for take-off. This major infrastructure project was conceived to cater to the business needs of the industrial segment of the Pimpri Chinchwad Municipal Corporation, Pune City and the rest of Maharashtra’s major business-centric cities.
This Rs. 600 crore project, which will take up 240 acres of prime space, is going to transform the residential real estate market in the Pimpri 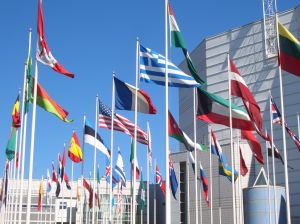 Chinchwad Municipal Corporation area. In fact, those who have already bought residential units at Woodsville, the integrated residential complex by Pharande Spaces, are going to see their investments grow manifold with every passing month. Woodsville, a deluxe residential project is situated just across the now imminent International Convention Centre, will benefit the most from this prominent business nexus.
Real estate experts are unanimous about the growth prospects for real estate projects in the vicinity of large infrastructure projects such as the ICC.
Saugata Maitra, National Head of Infrastructure Advisory practice at Jones Lang LaSalle India, states – “An upcoming infrastructure generally increases the prices of property in the nearby areas, as it becomes a part of USP for the developers and property owners in that location. Instances can be cited where property prices have increased 50-70% from the announcement of an infrastructure initiative till the operational phase. For example, residential sale rates in Essel Towers, Gurgaon increased from around INR 5000/- per sq. ft in 2006 to INR 9,000/- per sq. ft range (operational phase in 2010), vis-à-vis a more reticent increase of 40-50% in other areas. Investing in such zones is a good idea.”
Basically, real estate prices around such infrastructure projects rise because they generate a lot of employment opportunities. The resultant employees, right from the lower rungs of the workforce up to the managerial echelon, need to reside in close proximity to the project for ease of transportation. This creates a lot of residential demand.
Posted by: K. D. Nagarkar
K. D. Nagarkar is a blogger and freelance journalist who specializes in real estate and environmental issues. He keenly follows the development of innovative residential property solutions and real estate market trends in and around Maharashtra.