Nagar Road is a lot more than just a stretch of highway. In fact, it has become symbolic of industrial and commercial progress in Pune. Some of the most economically thriving areas in the city are situated along Nagar Road. Kalyani Nagar, Vadgaon Sheri, Chandan Nagar, Viman Nagar and Kharadi are the ones that come immediately to mind. 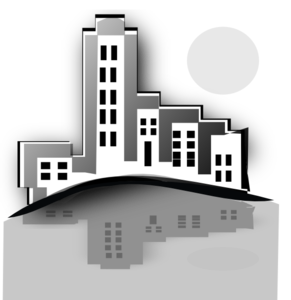 The development taking place in these has given Nagar Road an entirely different image, and the name is gaining national and even international prominence. Let us examine Nagar Road’s real estate hot-spots according to the intensity of development as well as physical and social infrastructure.
KALYANI NAGAR
Kalyani Nagar is named after Dr. Neelkanth  Kalyani – owner of various notable companies like Bharat Forge and Optronica. It has emerged one of the most prominent and established commercial real estate destinations on the Eastern Corridor of Pune. Its strategic location between Koregaon Park and Viman Nagar and its close proximity to the airport, railway station and other commercial areas like Kharadi and Hadapsar makes it an ideal destination for IT/ITES companies.
Kharadi has also emerged as one of the most upmarket residential destinations in Pune. It is home to many luxury hotels and boasts of a golf course as well as prestigious social establishments such as the Connoisseur’s Club, Ganga Retreat and the Royal Connaught Club.
The IT and ITES-BPO segment have completely reinvented Kharadi’s landscape. High grade residential options have sprung up all over. Amongst all the above-mentioned localities, Kalyani Nagar’s rate of development is by far the fastest. The Pune-Mumbai Expressway has been a major contributing factor.
The Government responded to this potential by constructing the Kalyani Nagar-Koregaon Park connecting bridge, thereby linking these two progressive and vibrant localities. The ease of transport and commuting has resulted in even higher industrial and retail activity and boosted the residential sector, as well.
VIMAN NAGAR
Named for its proximity to the Lohegaon Airport, Viman Nagar is located approximately 10 km from Pune City. It is still relatively affordable and offers excellent connectivity by virtue of regular bus routes and a much-improved road network. Since it is the first major locality one reaches from the vibrant Dhole-Patil Road, it is far from isolated in spite of the distance from the central city. It can be easily reached from the airport as well as the railway station, and this is one of its most powerful selling points. Also, with the Air Force and Army camps hemming it in from three different sides, Viman Nagar is one of the safest residential and commercial localities in Pune.
Viman Nagar owes importance on the real estate market to its proximity to Kalyani Nagar. However, it does boast of a better residential infrastructure, and is still the preferred area of residence for immigrant software professionals.
KHARADI
Situated along the Kharadi- Hadapsar Bypass, Kharadi has the unique distinction of being accessible from three focal points of commercial importance, namely Nagar Road, Sholapur Road and Mundhwa/Koregaon Park. In addition, it is bookended by the industrial zones of Sanaswadi, Ranjangaon, Hadapsar and Parner. Since it also houses a telephone exchange building, it definitely had all the makings of significant commercial and industrial presence.
Today, Kharadi has been earmarked for a lot of IT development because of its excellent road network, the MIDC-promoted Info Tech Park as well as EON SEZ and other IT Parks in the neighbouring Kalyani Nagar. Though it is now a prominent IT/ITES destination, it has yet to evolve as a significant force on the residential property market.
WAGHOLI
Wagholi has emerged as a preferred residential destination primarily due to the competitive price that the area offers compared to other residential catchments along Nagar Road, such as Kharadi, Viman Nagar and Kalyani Nagar. Apart from being affordable, Wagholi is the most convenient location for people working in the Ranjangaon and Sanaswadi industrial areas as well as in the Kharadi-Magarpatta belt. Today, Wagholi is well-connected by the completed six-lane Nagar Road – making commuting to and from this area, which was once considered an obscure outlying location, very convenient.
MUNDHWA
Another distinct beneficiary of the Kalyani Nagar-Koregaon Park bridge, Mundhwa began as an Armed Forces area and has enjoyed a disciplined approach to overall development for this reason. It is located squarely on the Nagar-Sholapur Highway. Since it is immediately adjacent to Koregaon Park, it has earned itself the rather enviable label of Koregaon Park Extension. Considering KP’s rate of development and general upper-crust aura, this is extremely significant. The area is poised for rapid development because of its close proximity to extremely successful Magarpatta township that transformed the real estate landscape of the Eastern Corridor of Pune.
VADGAON SHERI
Vadgaon Sheri has still not completely risen from obscurity, but nevertheless has the same potential as all other localities along Nagar Road. At the present time, Vadgaon Sheri awaits coming into its own as the neighbouring Kalyani Nagar and Viman Nagar eventually share their glamour and development fallout. One of the most attractive features of this area today is its cheap land rates.
RANJANGAON
This is another area of intense industrial activity along Nagar Road. It is mainly known as an MIDC entity, but is now seeing the entry of residential projects that cater to the workforce of this industrial catchment. It has also been earmarked as the venue for the new International Airport.
Despite the great potential it offers, Nagar Road itself is surprisingly under-developed as a road conduit for all the real estate goldmines along it. Connectivity remains a significant issue, and it is hard to understand why the authorities have not taken greater interest in it. Lack of planning has always been the bane of real estate development in Pune, and Nagar Road is a good – if sad – example of this fact.
Anil Pharande is President of CREDAI PCMC and Chairman of Pharande  Spaces, a leading construction and development firm that develops township properties in the PCMC area of Pune, India.
This article may be reprinted with proper attribution to the author and a link back to PunePropertyBlog.com