Anil Pharande
The concept of affordable housing in India sounds simple enough, but nothing could be more complex than this subject. We all know that India needs more budget homes, but where are they?
Trends come and go. Developers’ business agendas change along with the dynamics of the real estate market. However, the dire need for compassionately priced homes remains. Of course, there are quite a few developers who are addressing the demand for affordable housing. Nevertheless, if we consider the sheer vastness of the demand, their offerings don’t make even make a dent in it. 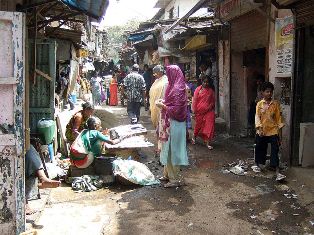 Soon after the real estate market revival after the Lehman-induced global financial crash, it did seem as though the Indian developers had finally woken up. A huge number of them focused squarely on developing affordable housing projects. The inflexible demand for such homes in our larger cities and their further suburbs meant was their ticket out of financial trouble.
And then the economy revived, and it kept on reviving. Suddenly, home buyers with lower incomes were no longer in fear of their jobs. The stock market revived, and capital began to flow into the real estate sector again. This was good news for the real estate market in general, but bad news for the affordable housing sector. Greed took over again, and the focus of developers once again shifted to higher-priced premium housing.
Premium homes were an attractive segment for developers in 2006-07, and there were many project launches aimed squarely at India’s more affluent classes. The global economic downturn put a brake on this trend only through the worst period of 2008 and 2009. In this period, it did seem as though affordable housing was going to get its due share of attention at last. However, they did not take long to concentrate on premium housing again.
So – where does the common man stand today? What has happened to affordable housing? Was it no more than a passing trend to tide developers over during the leaner economic period? Budget home launches have reduced a lot. In fact, even mid-income homes in many of our cities have become so expensive that demand for them has slowed down.
It cannot be said that nothing at all is happening in terms of budget homes in India. There are commendable efforts still being made by conscientious, smart developers to cater to the housing needs of the lower-income groups. However, it is not enough. The shortage in this segment is still huge. The Government has come out with special schemes for affordable housing for builders, but most of them are not taking up the opportunities.
We are now faced with an escalating problem. More and more people who can be classified as slum dwellers are obtaining good jobs, and are able to afford homes in the bracket of Rs. 7-12 lakh. It is only because there is no supply of homes in this bracket that they continue to live in slums and run-down chawls. The affordable rental housing projects that were announced earlier with so much fanfare are not happening in the required numbers.
This means that India now has vast numbers of people who could live in better conditions, but are unable to. Because of the continued demand for accommodation in slums, it is harder than ever to eradicate them. Slum redevelopment can only take place on a significant scale if the resistance to it decreases.

Anil Pharande is President of CREDAI PCMC and Chairman of Pharande  Spaces, a leading construction and development firm that develops township properties in the PCMC area of Pune, India.
This article may be reprinted with proper attribution to the author and a link back to PunePropertyBlog.com

Tips On Freebies And Discounts On Pune Properties During Diwali